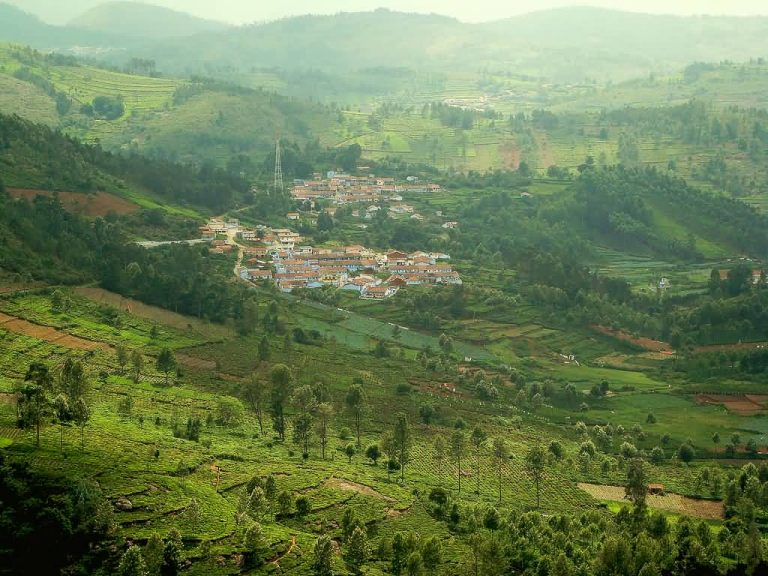 A hill station is a town located at a higher elevation than the nearby plain or valley. The term was used mostly in colonial Asia, but also in Africa (albeit rarely), for towns founded by European colonial rulers as refuges from the summer heat, up where temperatures are cooler. In the Indian context most hill stations are at an altitude of approximately 1,000 to 2,500 meters (3,500 to 7,500 feet); very few are outside this range.

Kotagiri is a panchayat town in The Nilgiris District in the Indian state of Tamil Nadu. This picturesque hill station is bounded by verdant green tea estates and offers a number of trekking options. Catherine Falls, Elk Falls and Rangaswami Pillar are the major attractions near Kotagiri and you can trek to these places. Kodanad View Point offers a spectacular view of the gentle sloping hills and blue hills.

The three popular trekking trails are Kotagiri – Kodanad, Kotagiri – St. Catherine Falls and Kotagiri – Longwood Shola. The Kotagiri – Kodanad trail leads you through splendid views of lush-green tea estates and the magnificent Moyar River. One has to cross through meadows to reach Kodanad. 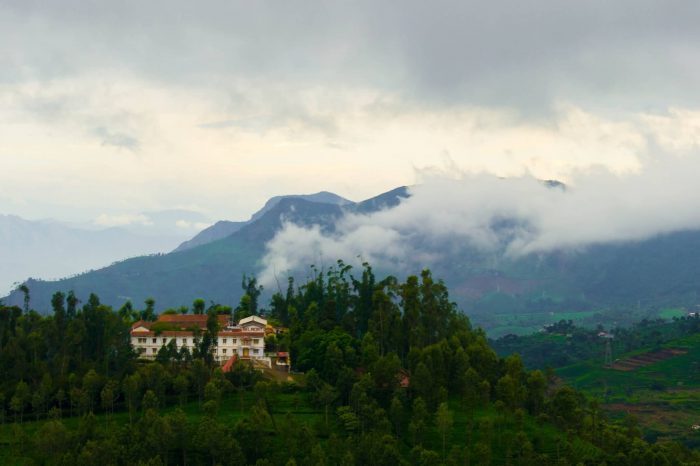 Kurseong is a hill station situated in Darjeeling district of West Bengal, India. In the Lepcha language, Kharsang means the “Land of the White Orchids”. Kurseong is just 32 km from Darjeeling. It has a pleasant climate throughout the year. The best times to visit Kurseong are during the months of April, May, September and October.

Kurseong is a beautiful hill station nestled among the green canopy of myriad tea gardens. Kurseong is pure naturalness combined with its very own serene atmosphere and world class hospitality. The toy train station is the nucleus of the town. 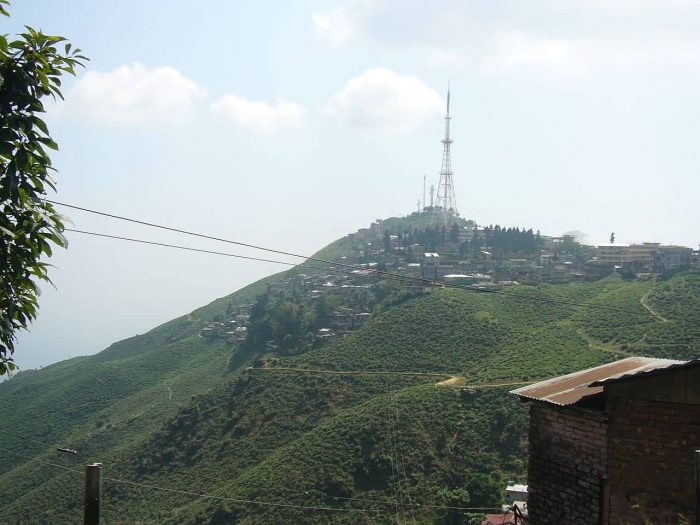 Amboli is a hill station in south Maharashtra, India. Amboli lies in the Sahayadri Hills of Western India, one of the world’s “Eco Hot-Spots”. There are many variety of fairly unique flora and fauna. The hills of Amboli village provide one of the sources of the Krishna river and an ancient Shiva temple (called Hiranyakeshi) exists at the cave where the water emerges.

Amboli is one of the few hill stations of Maharashtra from where one can see the sea. This hill station is totally swathed with cloud during rainy season.The hill station is very charming in winter when the rains have stopped and there are a thousand waterfalls gushing down the hills. 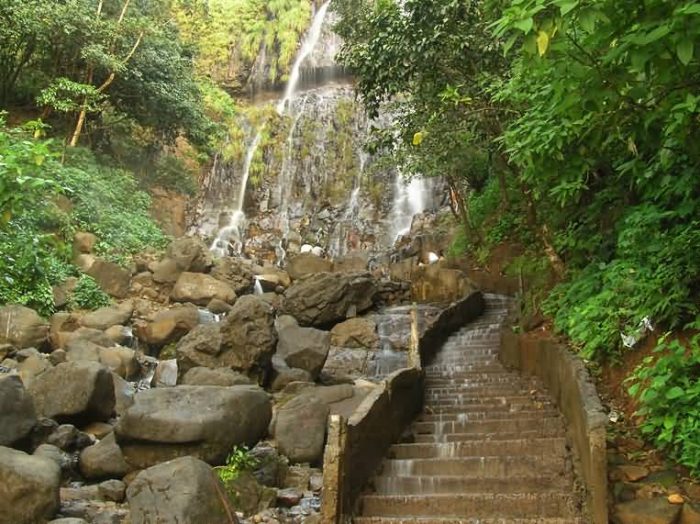 Thekkady is the location of the Periyar National Park, which is an important tourist attraction in the Kerala state of India. Thekkady is located near to Kerala-Tamil Nadu border. The sanctuary is famous for its dense evergreen, semi-evergreen, moist deciduous forests and savanna grass lands. It is home to herds of elephants, sambar, tigers, gaur, lion-tailed Macaques and Nilgiri Langurs.

Sanctuary can be accessed through a trekking, boating or jeep safari. Thekkady is considered as a heaven for natural spices such as black pepper, cardamom, cinnamon, nutmeg, nutmace, ginger and clove. Murikkady, this place consists of spices and coffee plantations. It is about 5 km from Thekkady. 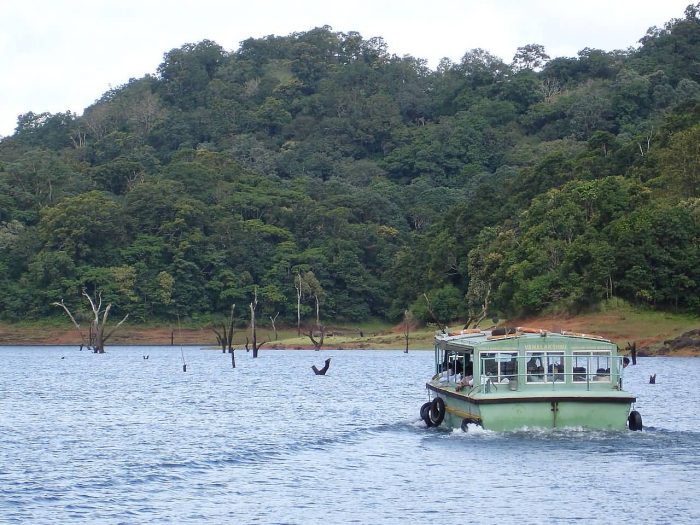 Pahalgam is a town in Anantnag district of the Indian state of Jammu & Kashmir. It is a popular tourist destination and every year many tourists visit Pahalgam. This world famous hill station is 45 km. from the District Headquarters at Anantnag and located on the banks of Lidder River. It was once a tourist attraction and a favourite place for shooting of Bollywood films. 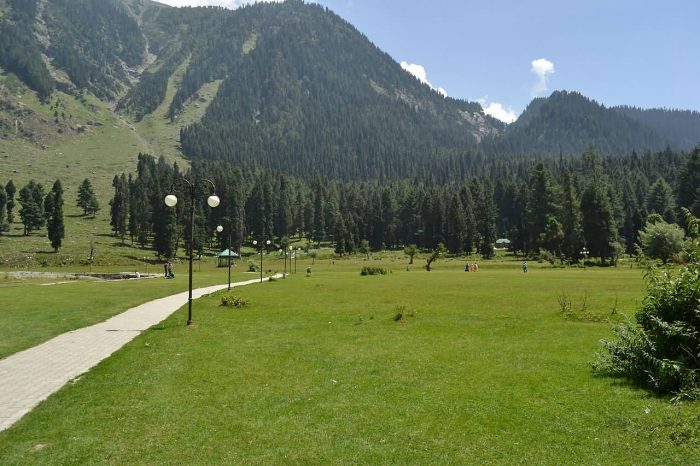