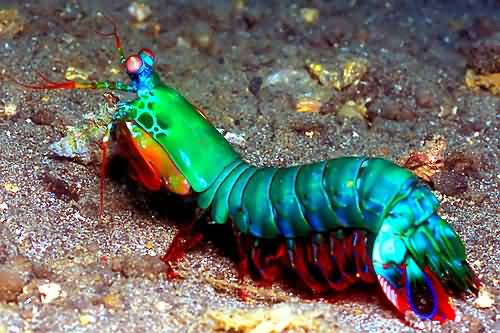 
An ocean .  Okeanós, the sea of classical antiquity is a body of saline water that composes much of a planet’s hydrosphere. On Earth, an ocean is one of the major conventional divisions of the World Ocean, which covers almost 71% of its surface. Find out some creatures which can be found in the ocean

They come in a variety of colours from shades of brown to bright neon colours. Many species spend most of their life tucked away in burrows and holes. They are also known as “sea locusts”, “prawn killers”, “thumb splitters”. Mantis shrimps sport powerful claws that they use to attack and kill prey by spearing, stunning or dismemberment. 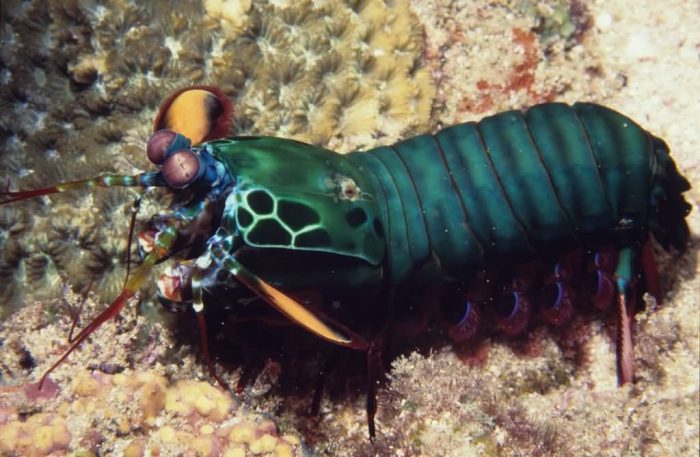 A nudibranch is a group of soft-bodied, marine gastropod mollusks which shed their shell after their larval stage. This group includes some of the most colorful creatures on earth. They are noted for their often extraordinary colors and striking forms.

There are currently about 2,300 valid species of nudibranchs. Nudibranchs occur in seas worldwide, including both the tropics and Antarctica. They are live in salt water to the depths of well over 700 m. Nudibranchs have cephalic tentacles, which are sensitive to touch, taste and smell. 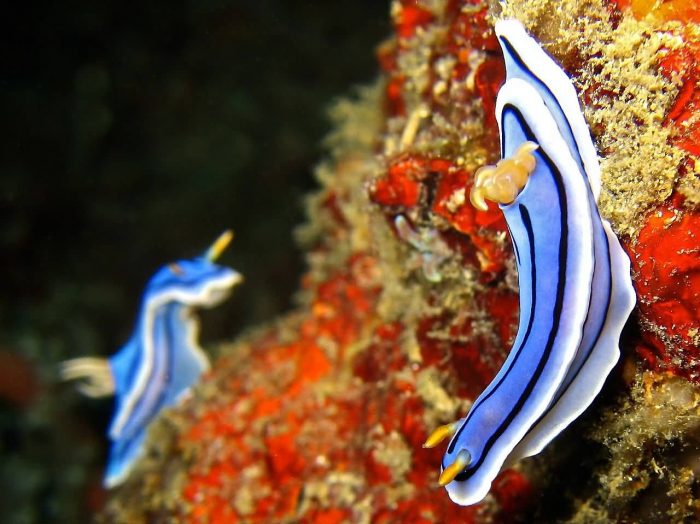 The mandarinfish or mandarin dragonet is a small, brightly colored fish, is a member of the dragonet family. The mandarinfish is native to the Pacific, ranging approximately from the Ryukyu Islands south to Australia. Mandarinfish have a more than 182 species. This fishes are very small in size, reaching only about 6 cm. They feed primarily on small crustaceans and other invertebrates. 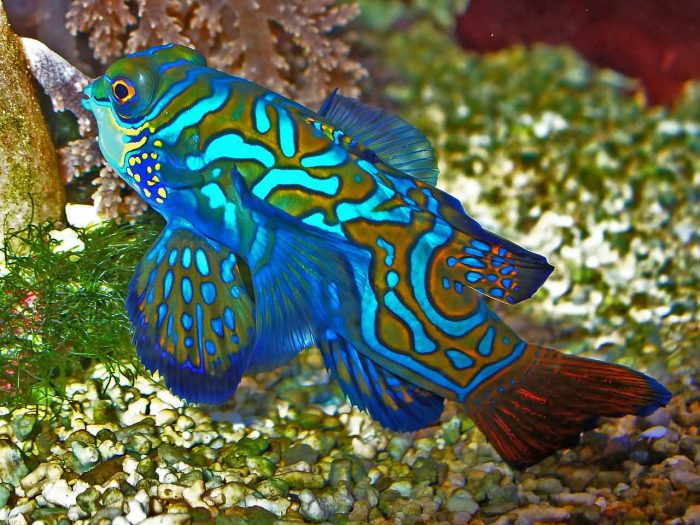 Lionfish is a genus of venomous marine fish. It is native to the Indo-Pacific. It is also called zebrafish, firefish, turkeyfish or butterfly-cod. Its characterized by conspicuous warning coloration with red, white, creamy or black bands, showy pectoral fins and venomous spiky fin rays. These fishes are 5 to 45 cm in length. They are well known for their ornate beauty, venomous spines and unique tentacles. It can live from 5 to 15 years. 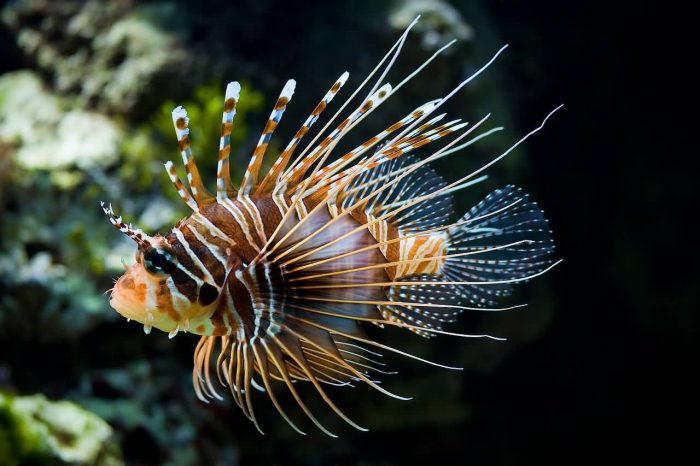 Clownfish is also called as Nemo fish. Depending on species, Clownfish are overall yellow, orange or a reddish or blackish color, and many show white bars or patches. The largest fish can reach a length of 18 cm while the smallest barely can reach 10 cm. Clownfish are native to warmer waters of the Indian and Pacific oceans. There are no clownfish in the Atlantic.

The clown fish was made most famous from the popular children’s film “Finding Nemo”. Clownfish and sea anemones have a symbiotic, mutualistic relationship, each providing a number of benefits to the other. Clown fish eat a wide range of food such as algae, plankton, molluscs and small crustaceans. 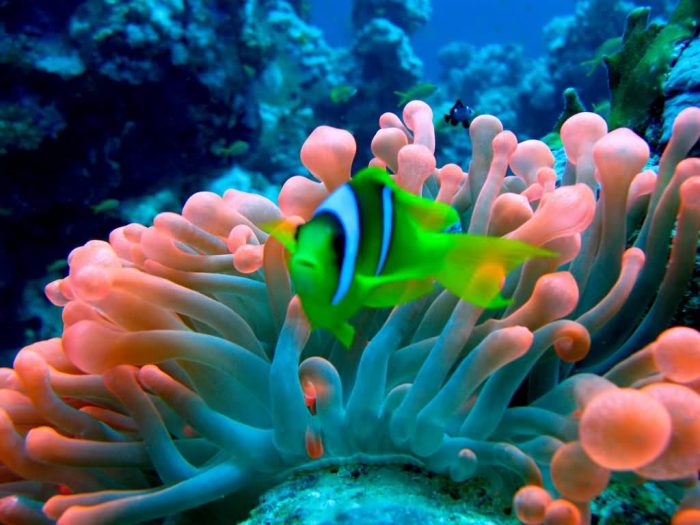