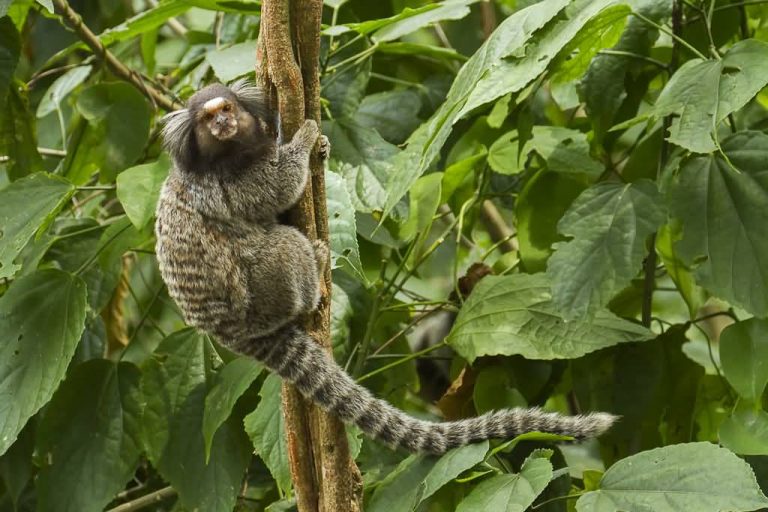 
New World Monkeys are the five families of primates that are found in Central and South America and portions of Mexico: Callitrichidae, Cebidae, Aotidae, Pitheciidae, and Atelidae. The five families are ranked together as the Platyrrhini parvorder and the Ceboidea superfamily, which are essentially synonymous since Ceboidea is the only living platyrrhine superfamily. Some of the new world monkeys are listed below :

The common marmoset is a New World monkey. It originally lived on the Northeastern coast of Brazil. Common marmosets are very small monkeys with relatively long tails. Males and females are of similar size with males being slightly larger.

Males have an average height of 188 mm while female have 185 mm. The pelage of the marmoset is multicolored, being sprinkled with brown, grey and yellow. It also has white ear tufts and the tail is banded. Common marmosets feed on gum, sap, latex and resin. 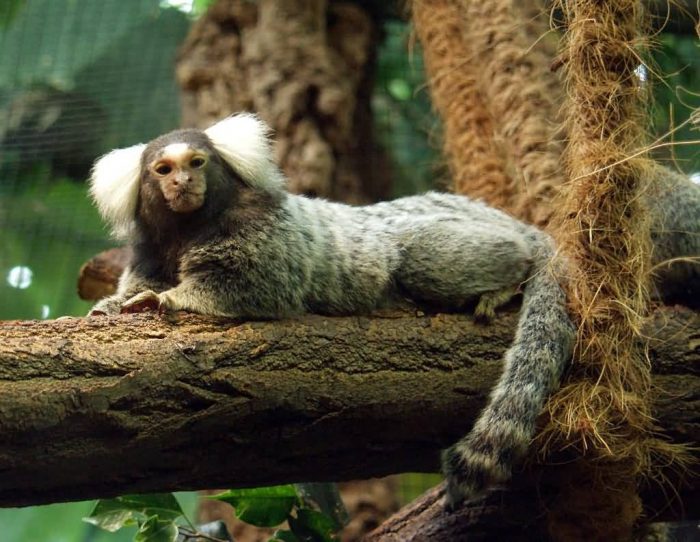 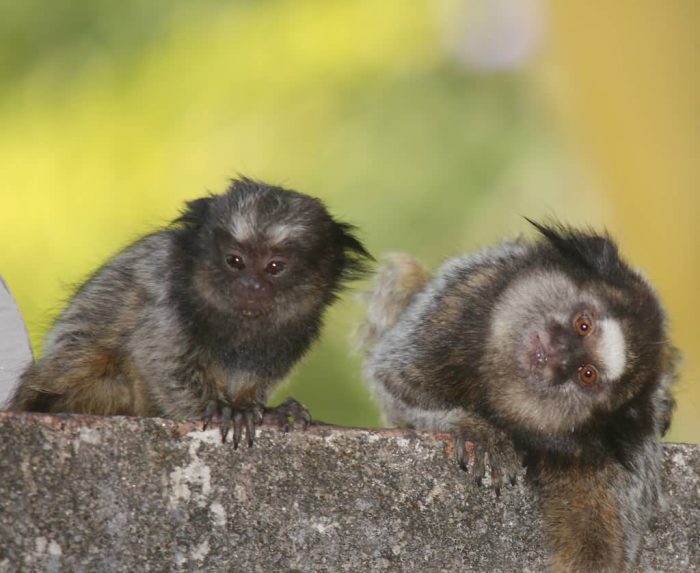 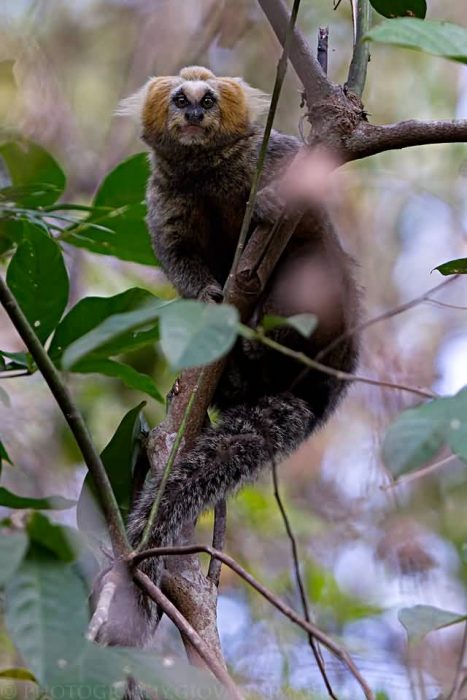 Remarkable are its naked, flesh-colored ears which stand out from the skin. They reach a size of 18 cm to 28 cm and weight from 300 g to 400 g. They live together in small groups. The diet of the silvery marmosets consists of tree sap. They also eat bird eggs, fruit, insects and small vertebrates. 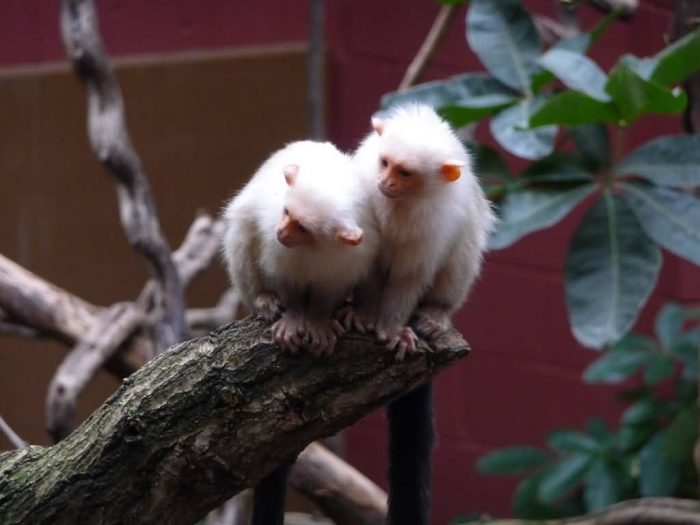 The golden lion tamarin also known as the golden marmoset. It is a small New World monkey of the family Callitrichidae. These are native to the Atlantic coastal forests of Brazil.

The golden lion tamarin gets its name from its bright reddish orange pelage and the extra long hairs around the face and ears. It is believed that the tamarin gets its hair color from sunlight and carotenoids in its food. It is typically around 261 mm in length and around 620 g in weight. 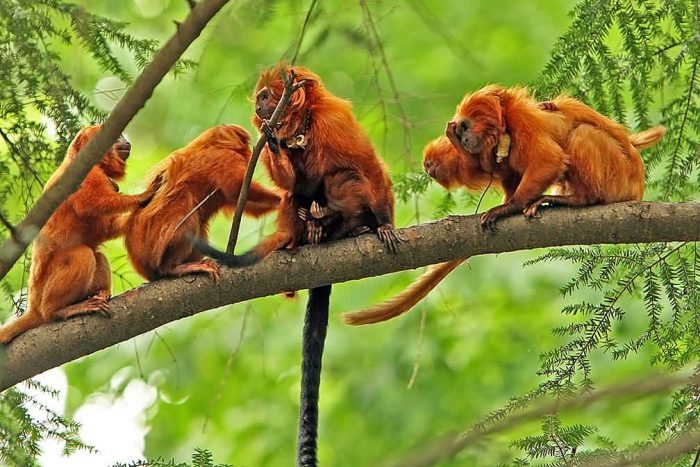