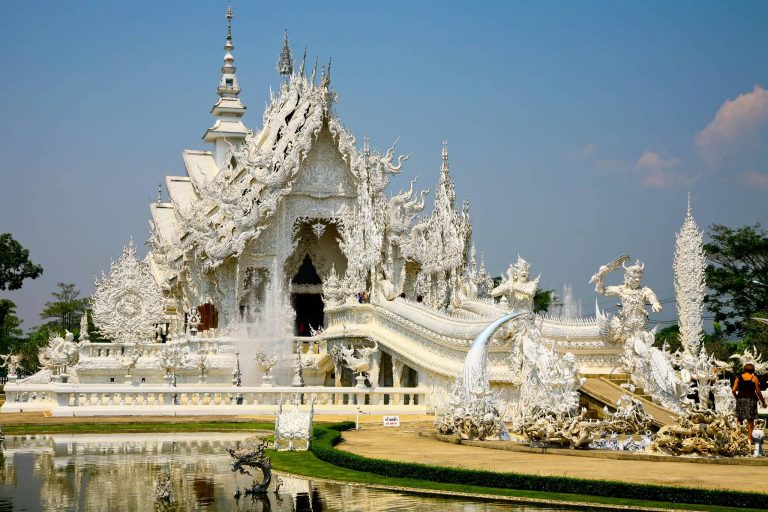 Thailand officially the Kingdom of Thailand  formerly known as Siam , is a country at the centre of the Indochinese peninsula in Southeast Asia. With a total area of approximately 513,000 km2 (198,000 sq mi), Thailand is the world’s 51st-largest country. It is the 20th-most-populous country in the world, with around 66 million people. The capital and largest city is Bangkok. Below are the list of places that should be must visited in Thailand.

Chiang Rai is the northernmost province of Thailand. It is bordered by the Shan State of Myanmar to the north, Bokeo Province of Laos to the east, Phayao to the south, Lampang to the southwest and Chiang Mai to the west. It has a tropical wet and dry climate. Winters are fairly dry and warm. Temperatures rise until April, which is hot with the average daily maximum at 34.9 °C. 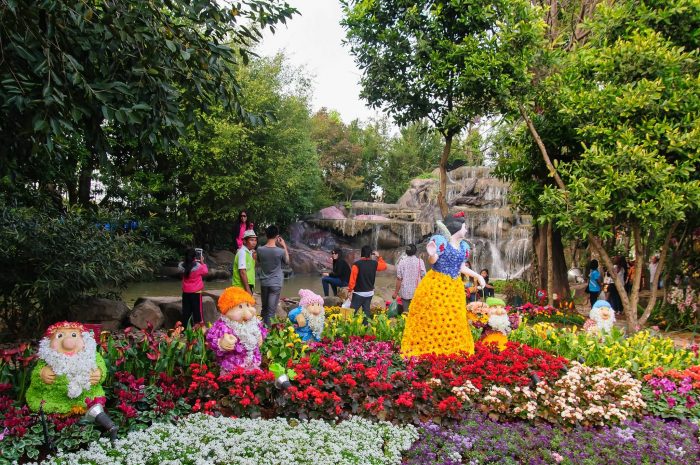 Bangkok is the capital of Thailand. It is one of the world’s top tourist destination city. Bangkok is visited by the majority of international tourists to the country and it has also been named “World’s Best City”. Bangkok is a multi-faceted sights, attractions and city life appeal to diverse groups of tourists. Royal palaces and temples as well as several museums constitute its major historical and cultural tourist attractions. Shopping and dining experiences offer a wide range of choices and prices.

Bangkok has several parks and Lumphini park is the largest park in the Bangkok. Among Bangkok’s well-known sights are the Grand Palace and major Buddhist temples, including Wat Phra Kaew, Wat Pho and Wat Arun. Dusit Palace is famous as the world’s largest teak building, while the Jim Thompson House provides an example of traditional Thai architecture. The city is also famous for its dynamic nightlife. 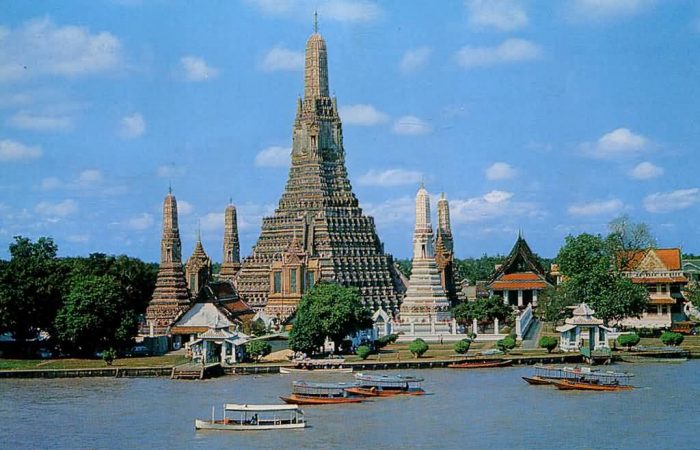 Ayutthaya is also called as Phra Nakhon Si Ayutthaya. It is one of the central provinces of Thailand. Ayutthaya was founded in 1350 by King U-Thong. Ayutthaya became the second capital of Siam after Sukhothai. Ayutthaya is 76 kilometres north of Bangkok and boasts numerous magnificent ruins. Such ruins indicate that Ayutthaya was one of Indo – China’s most prosperous cities.

There is Ayutthaya Historical Park which is a vast stretch of historical site in the heart of Ayutthaya city. There were three palaces in Ayutthaya: Grand Palace, Chantharakasem Palace or the Front Palace and Wang Lang or the Rear Palace. Ayutthaya is an island at the confluence of three rivers: the Chao Phraya River, the Lopburi River and the Pa Sak River. As the train station is at the east side off the island, most visitors will need to cross the river by ferry boat. 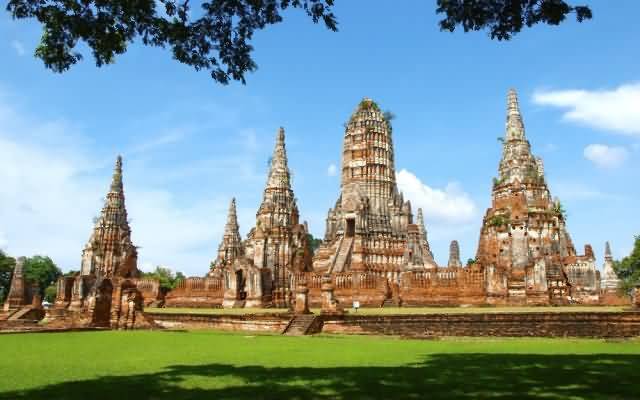 Viaggio Routard /CC BY 2.0 | The Temples Of Ayutthaya, Bangkok

Sukhothai is a small city in Lower Northern Thailand, most famous for the ruins of the ancient city Sukhothai. Sukhothai literally means “the dawn of happiness”. The city is a popular tourist destination. The province’s temples and monuments have been restored and Sukhothai Historical Park is an area with numerous sites of historical interest which has been designated a UNESCO World Heritage Site. 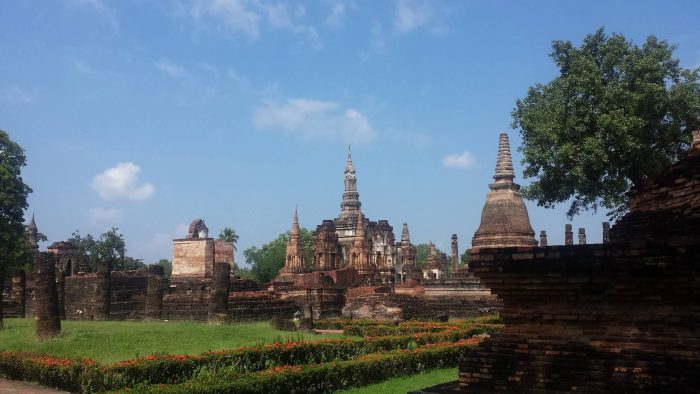 Chiang Mai’s historical centre is the walled city. Inside Chiang Mai’s remaining city walls are more than 30 temples dating back to the founding of the principality, in a combination of Burmese, Sri Lankan and Lanna Thai styles, decorated with beautiful wood carvings, Naga staircases, leonine and angelic guardians, gilded umbrellas and pagodas laced with gold filigree. The most famous is Wat Phrathat Doi Suthep, which overlooks the city from a mountainside 13 km away. 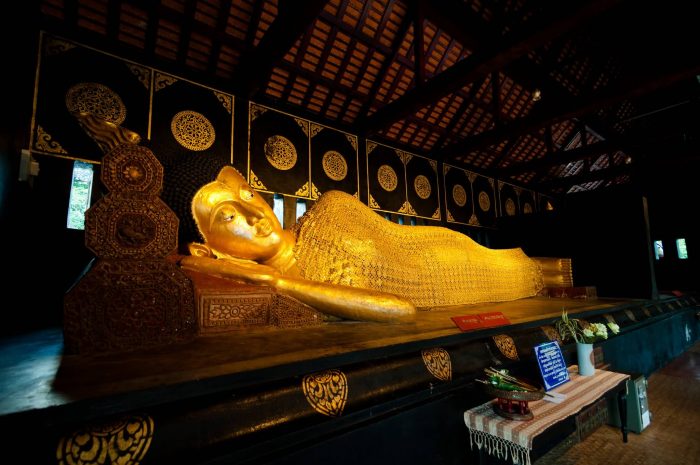