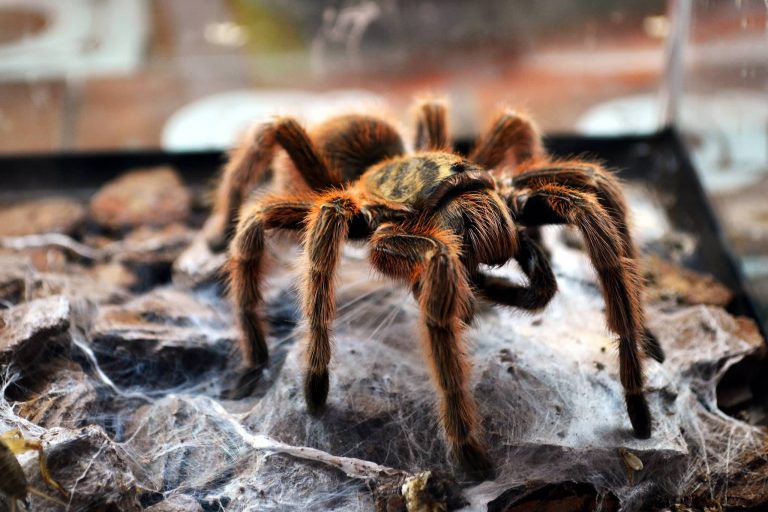 Spiders hold a strange fascination, from tiny red money spiders to giant tarantulas and deadly Black Widows. It can be said that no other “bug” generates as much fear as the spider, also referred to as the 8-Legged Nightmare by some. Fear of spiders ranks as one of the greatest phobias.

Spiders belong to the Arachnid family that also includes scorpions, mites, and ticks. Arachnids are creatures with two body segments, eight legs, no wings or antennae and are not able to chew.

Tarantulas comprise a group of very large and often hairy arachnids belonging to the Theraphosidae family of spiders, of which approximately 900 species have been identified. Most species of tarantulas are not dangerous to humans and some species have become popular in the exotic pet trade. The name “tarantula” derived from that of the southern Italian town of Taranto.

Tarantulas of various species occur in the southern and western parts of the United States, in Central America and throughout South America. Some genera of tarantulas hunt prey primarily in trees and others hunt on or near the ground. Tarantulas mainly eat insects and other arthropods, using ambush as their primary method of prey capture. The biggest tarantulas can kill animals as large as lizards, mice, birds and small snakes. 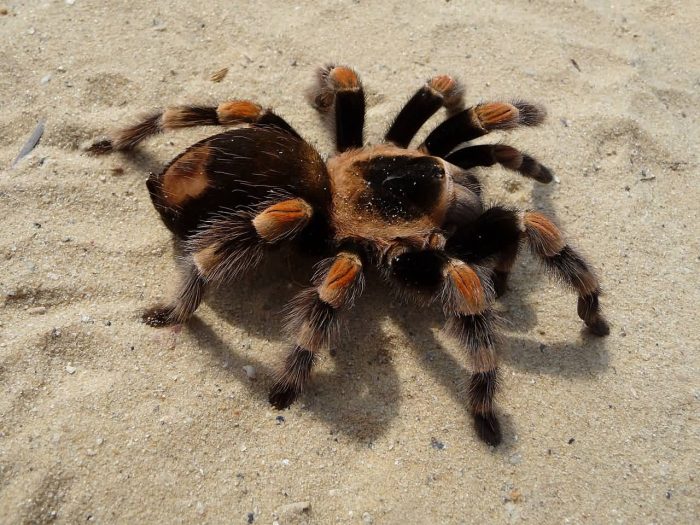 They are mainly found in tropical South America with one species in Central America. Wandering spiders are so-called because they wander the jungle floor at night, rather than residing in a lair or maintaining a web. During the day they hide inside termite mounds, under fallen logs and rocks and in banana plants (hence the “banana spider” nickname). 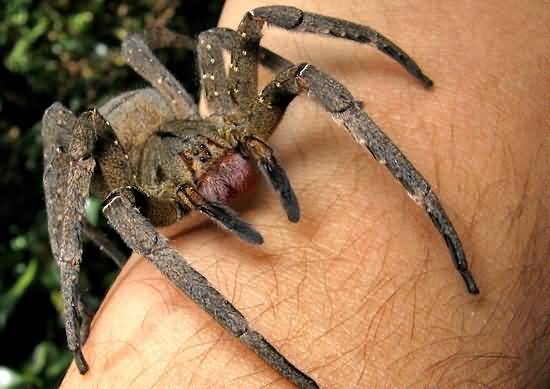 The katipo is an endangered species of spider native to New Zealand. Katipo means night stinger, it is derived from two words, kakati (to sting) and po (the night). This name was apparently given to the spider due to the Māori belief that the spiders bite at night. Other common names include red katipo, black katipo and New Zealand’s redback. The katipo is a small to medium-sized spider.

The katipo typically catches wandering ground invertebrates such as beetles or amphipods, but it may occasionally catch moths, flies and other spiders. Katipo can catch insects much larger than themselves. The katipo is an endangered species and has recently become threatened with extinction. It is estimated that there are only a few thousand katipo left in about 50 areas in the North Island and eight in the South Island. 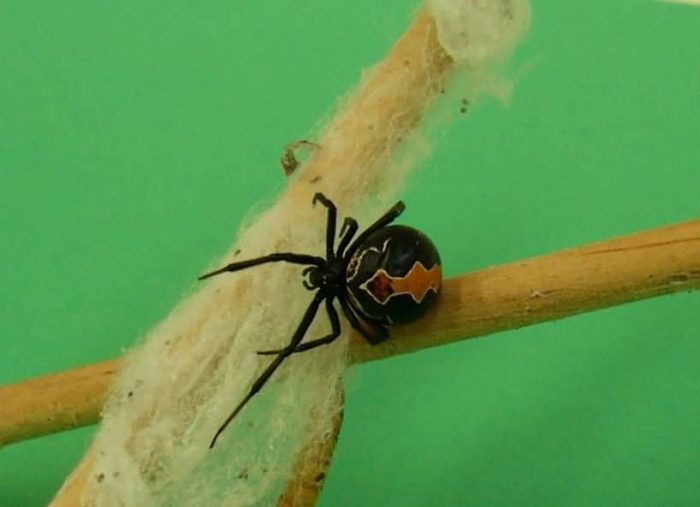 Widow spiders contains 32 recognized species distributed worldwide, including the North American black widows, the button spiders of Africa and the Australian redback. Individual species vary widely in size, but in most cases the females are dark-colored and readily identifiable by reddish hourglass-shaped markings on the abdomen. The venomous bite of these spiders is considered particularly dangerous because of the neurotoxin latrotoxin, which causes the condition latrodectism, both named for the genus.

The female black widow has unusually large venom glands and her bite can be particularly harmful to humans. However, despite the genus, widow spider bites are rarely fatal. Due to the presence of latrotoxin in their venom, black widow bites are potentially dangerous and may result in systemic effects including severe muscle pain, abdominal cramps, hyperhidrosis, tachycardia and muscle spasms. Symptoms usually last for 3–7 days, but may persist for several weeks. 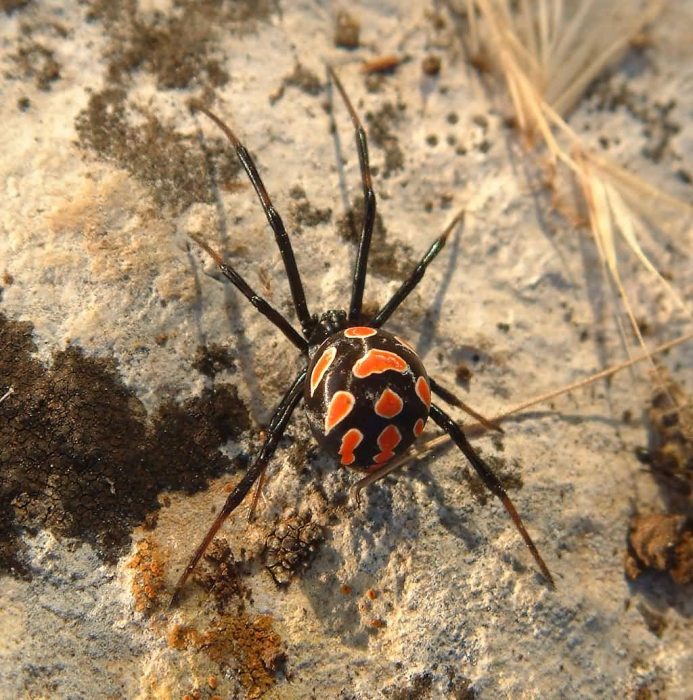 The Eastern tarantula also known as the Barking spider, Bird-eating spider or Whistling spider. It is a species of tarantula native to North Queensland, Australia. The thick footed tarantula has powerful long venomous fangs and can grow up to 9 cm long with a leg span of 23 cm or larger than the size of man’s hand. It is recognized as the largest spider in Australia. Due to the hissing sound the spider makes, it has acquired the nickname “Barking spider”.

The bite from an Eastern tarantula is not fatal to a human, but can cause up to six hours of vomiting. The venom can cause death to a dog or cat within thirty minutes. The Eastern tarantula has been known to eat small birds, hence the nickname “Bird-eating spider”. However, they typically eat large insects, small mammals and amphibians, such as cane toads and frogs. Normally,  they lives in and around gardens or other plant life. 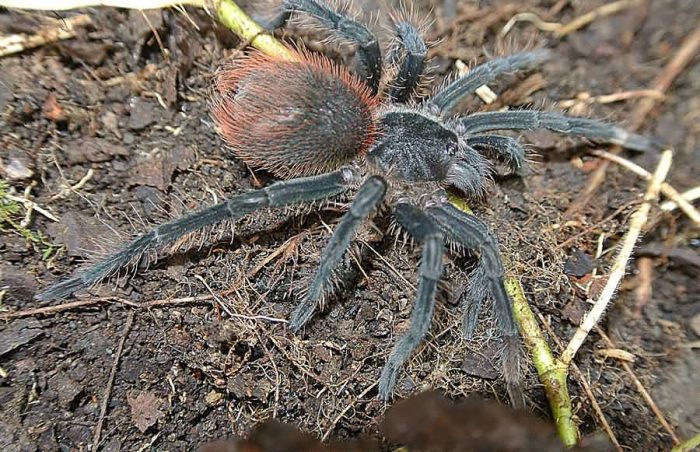 The recluse spiders or brown spiders (genus Loxosceles) are a genus of venomous spiders known for their bite, which sometimes produces a characteristic set of symptoms known as loxoscelism. They are also known as fiddle-back, violin spiders or reapers. Recluse spiders are distributed nearly worldwide in warmer areas. All have six eyes arranged in three groups of two and some are brownish with a darker brown characteristic violin marking on the cephalothorax.

Most Loxosceles can live for one and a half to two years. Members of both genera can live for very long times without food or water. They are about 7–12 mm long. The venom is identical in male and female spiders, but females can have almost twice the concentration of toxins. Recluse bites will cause necrosis in humans, rabbits and guinea pigs, but not in mice or rats. 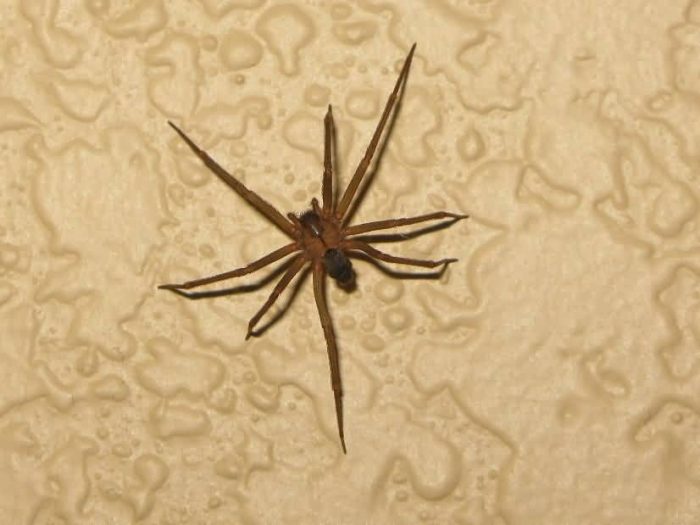 People get bitten when they unintentionally squeeze them in clothing and bedding. These spiders frequently build their webs in woodpiles and sheds, closets, garages and other places that are dry and generally undisturbed. When the Chilean recluse spider bite Apply of an ice pack, it helps as first aid, because the venom is more active at high temperatures. Applying aloe vera may soothe and help control the pain. 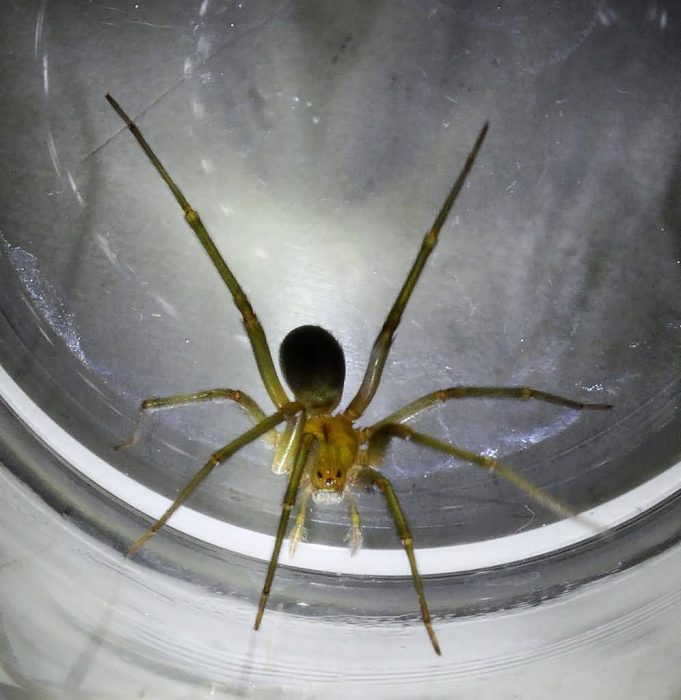