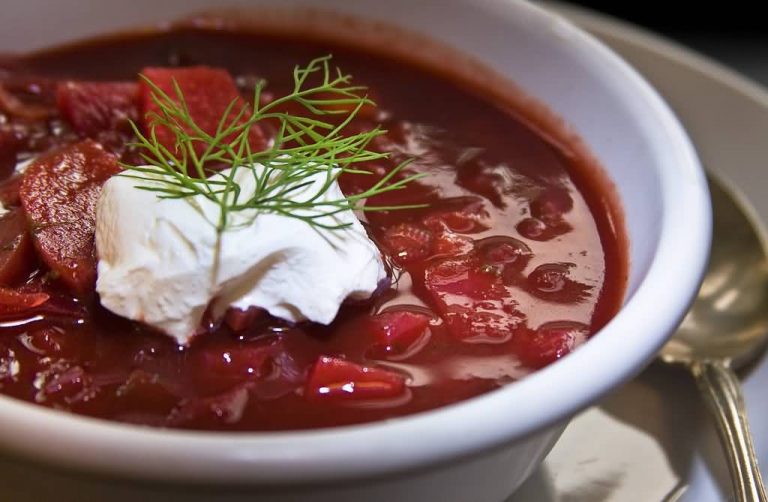 Soup is a primarily liquid food, generally served warm or hot (but may be cool or cold), that is made by combining ingredients such as meat and vegetables with stock, juice, water, or another liquid. Hot soups are additionally characterized by boiling solid ingredients in liquids in a pot until the flavors are extracted, forming a broth. Below are some mouthwatering soups :-

The two main variants of borscht are generally referred to as hot and cold. Both are based on beets. Hot borscht, the kind most popular in the majority of cultures, is a hearty soup. It is almost always made with a beef or pork broth. Borscht is served cold in many different culinary traditions. 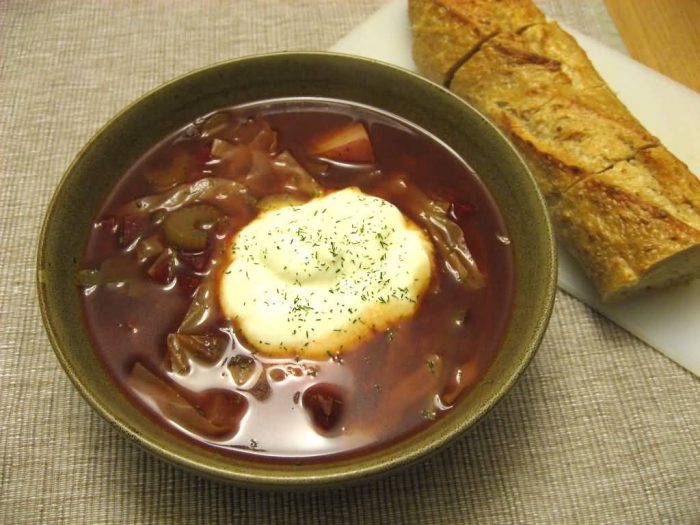 Ajiaco is a soup common to Colombia. In the Colombian capital of Bogotá, ajiaco is a popular dish typically made with chicken, three varieties of potatoes and the Galinsoga parviflora herb, commonly referred to in Colombia as guascas. In Cuba, ajiaco is a hearty stew made from beef, pork, chicken, vegetables and a variety of starchy roots and tubers classified as viandas. 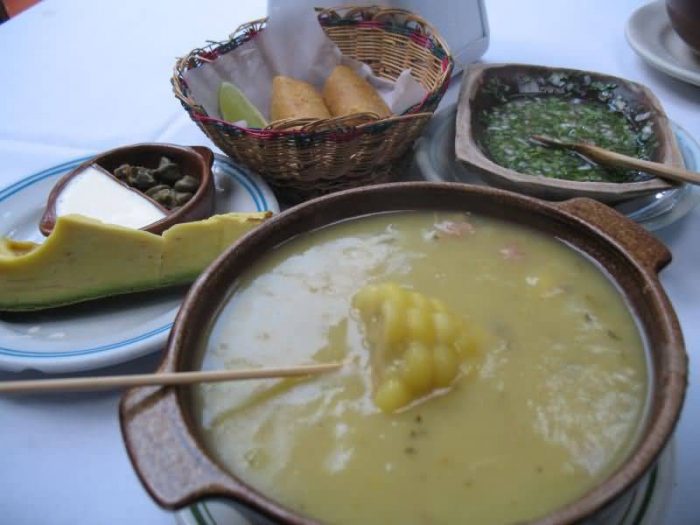 Avgolemono is sauces and soups made with egg and lemon juice mixed with broth, heated until they thicken. As a soup, it usually starts with chicken broth, though meat, fish or vegetable broths are also used. Typically, rice, orzo, pastina or tapioca are cooked in the broth before the mixture of eggs and lemon is added. Its consistency varies from near-stew to near-broth. It is often served with pieces of the meat and vegetables reserved from the broth. 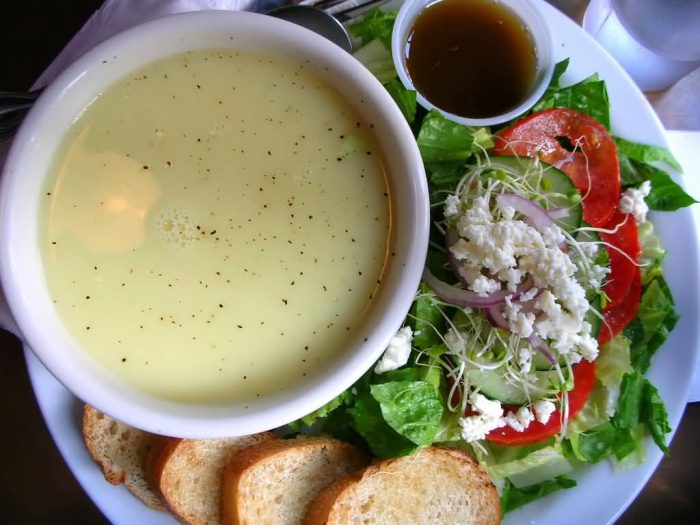 Okróshka is a cold soup of Russian origin. The name probably originates from kroshit which means to crumble into small pieces. The classic soup is a mix of mostly raw vegetables (like cucumbers, radishes and spring onions), boiled potatoes, eggs and a cooked meat such as beef, veal, sausages or ham with kvass. Okroshka is usually garnished with sour cream.

The ingredients are diced and then mixed with kvass just before eating. Okroshka is mostly served in summer because the soup combines the refreshing taste of kvass and the lightness of a salad. Okroshka is always served cold. Sometimes ice cubes are added to served portions to keep the soup cold in hot weather.

Cabbage soup is a filling vegetable soup of sauerkraut and/or white cabbage. There are different types of cabbage soup, prepared with different ingredients. Vegetarian cabbage soup uses mushroom stock and there is another variety using a fish stock. Traditional cabbage soup is prepared using a pork stock. Cabbage soup is common in Polish, Slovak and Ukrainian cuisines under the name Kapusniak. In some regions the soup is served with added flour and butter. A lean kapusniak is cooked with roots and fungi. 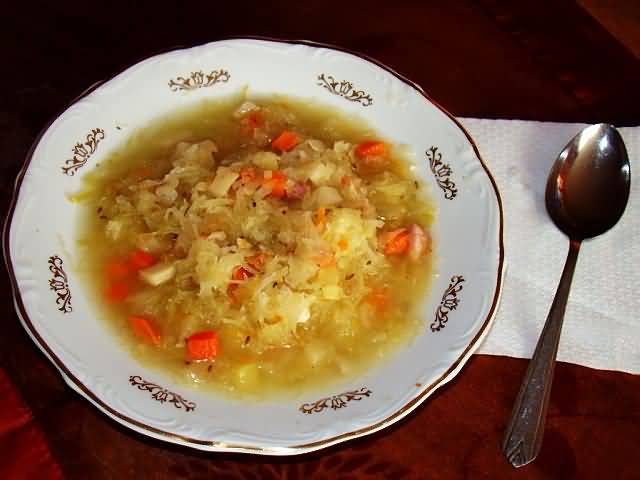 Caldo verde is a popular soup in Portuguese cuisine. The basic traditional ingredients for caldo verde are potatoes, kale, olive oil and salt. Additionally garlic or onion may be added. Some recipes add meat, such as ham hock, making it similar to Italo-American wedding soup. The soup is usually accompanied by slices of paio, chouriço or linguiça and with Portuguese broa cornbread for dipping. It is sometimes consumed before a main course meal or as a late supper. 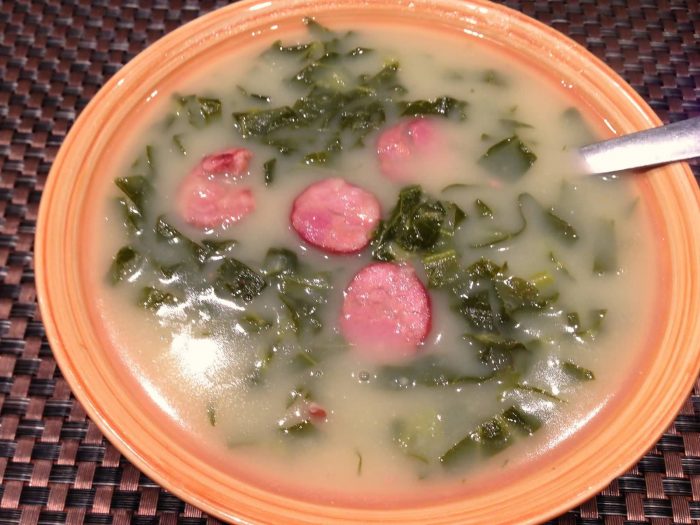 Cucumber soup is a traditional Polish soup. It is made from sour, salted cucumbers and potato. Occasionally rice is substituted for the potatoes. A similar soup is also common in Russia and Ukraine, where it is known as rassolnik. The two major varieties are the fresh cucumber soup and pickled cucumber soup. Some fresh cucumber soups are just a blend of ingredients (cucumber, spices, other vegetables or fruits, etc.) served cold, others are cooked, possibly in some kind of broth and served either hot or chilled. 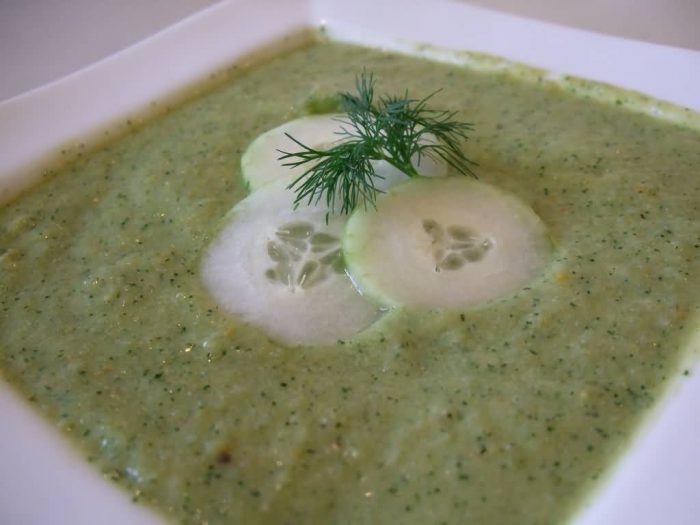 Rasam also known as chaaru, saaru or kabir. It is a South Indian soup, traditionally prepared using tamarind juice as a base with the addition of tomato, chili pepper, pepper, cumin and other spices as seasonings. Steamed lentils are added along with any preferred vegetables. It is eaten with rice or separately as a spicy soup. In a traditional meal, it is preceded by a sambar rice course and is followed by curd rice. Rasam has a distinct taste in comparison to the sambar due to its own seasoning ingredients and is usually fluid in consistency. 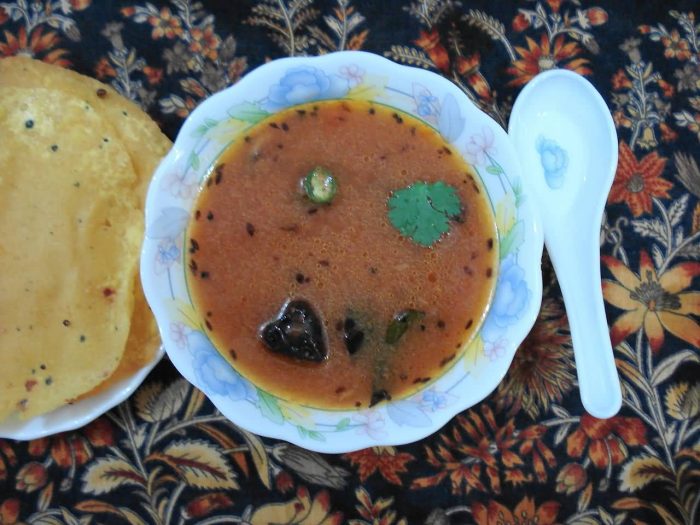 Mulligatawny is an English soup after an Indian recipe. The name originates from the Tamil words mullaga/milagu and thanni and can be translated as “pepper-water”. The original version of this soup consisted of a broth from chicken and lamb, fried onions and curry powder. Today it normally designates a thickened soup that is strongly spiced with curry powder and nutmeg. Often, strips of vegetables, nuts and rice are added, sometimes also port wine. The original Indian dish wasn’t a soup, but a sauce that was served with rice. 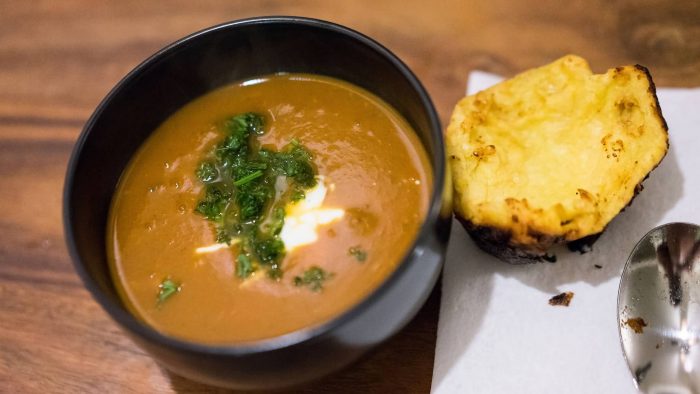 Noodles and Beef /CC BY 2.0 | Mulligatawny Curry With Yorkshire Pudding

Miso soup is a traditional Japanese soup consisting of a stock called “dashi” into which softened miso paste is mixed. Many ingredients are added depending on regional and seasonal recipes and personal preference.

Miso soup can be prepared in several ways, depending on the chef and the style of soup. Japanese recipes usually call for most vegetables and meats to be cooked in the simmering dashi, particularly mushrooms, daikon, carrots, potatoes, tofu and fish. In Japan, miso soup and white rice make up the central dishes of the traditional Japanese breakfast. 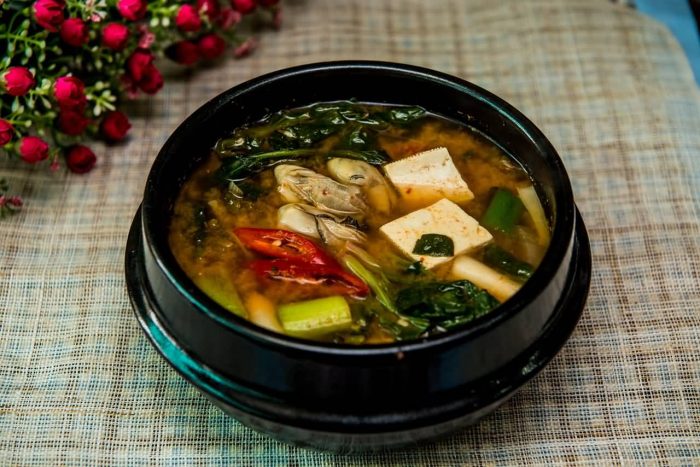