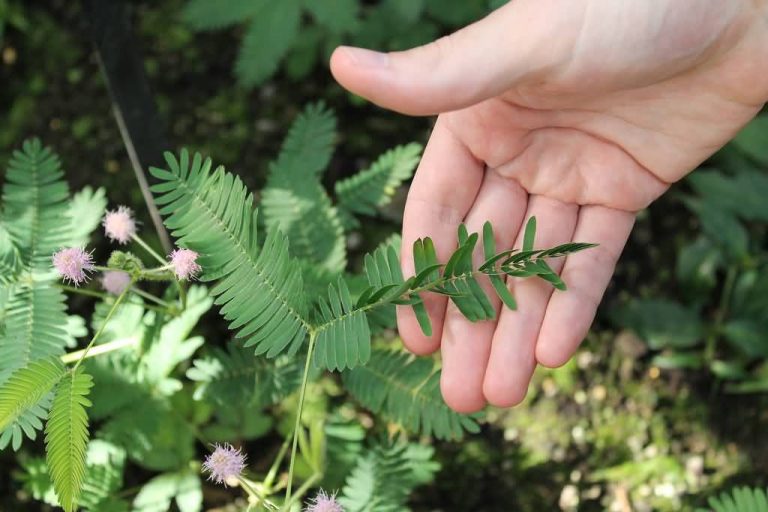 
Mimosa pudica’s leaves fold inward and droop when touched or shaken, to defend themselves from harm and re-open a few minutes later. 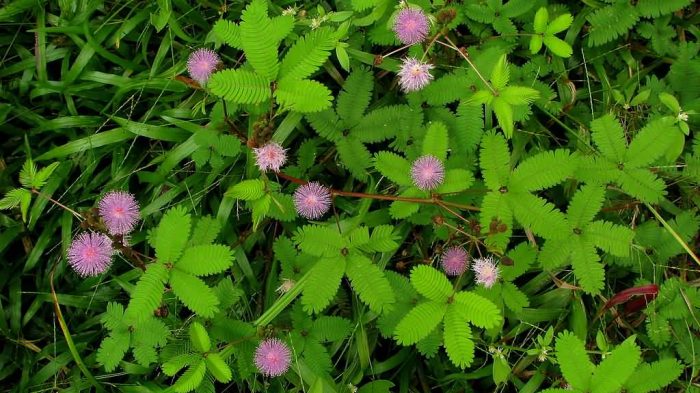 The leaves also close under various other stimuli, such as touching, warming, blowing or shaking. The species is native to South America and Central America. It grows mostly in shady areas, under trees or shrubs. 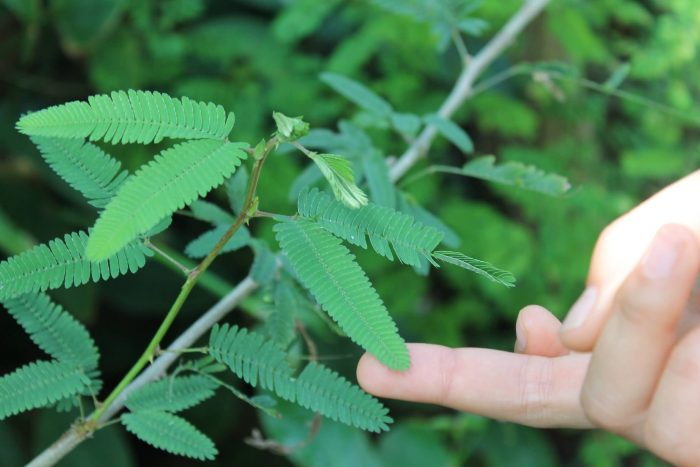 The species is known by numerous common names including sensitive plant, humble plant, shameful plant, touch-me-not and chuimui. This plant is most often grown as an indoor annual but is also grown for groundcover. Propagation is generally by seed. The Mimosa Pudica growing to a length of 1.5 m.