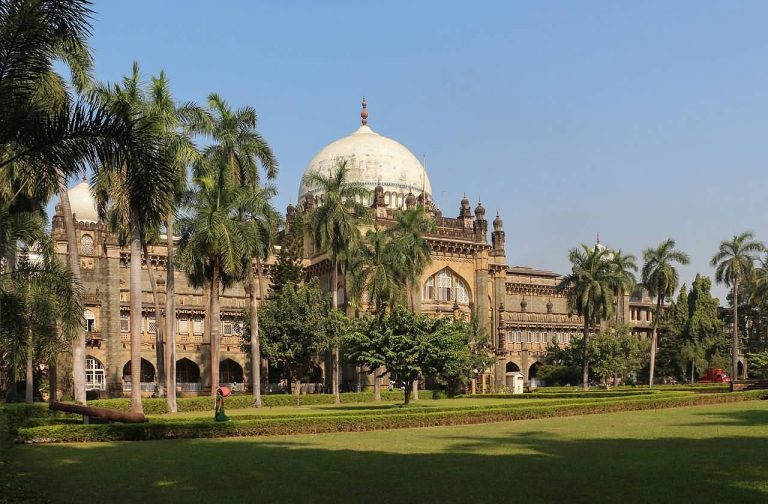 A museum is an institution that cares for (conserves) a collection of artifacts and other objects of artistic, cultural, historical, or scientific importance and some public museums make them available for public viewing through exhibits that may be permanent or temporary. Here is the list of some museum in India.

The Chhatrapati Shivaji Maharaj Vastu Sangrahalaya, formerly known as Prince of Wales Museum of Western India. It is the main museum in Mumbai, Maharashtra. It was founded in the early years of the 20th century by prominent citizens of Bombay with the help of the government. It is located in the heart of South Mumbai near the Gateway of India. The museum was renamed in the 1990s or early 2000s after Shivaji, the founder of Maratha Empire. The museum building is built in the Indo-Saracenic style of architecture. The museum building is surrounded by a garden of palm trees and formal flower beds.

The museum collection comprises approximately 50,000 artefacts. The collection of the museum is categorized primarily into three sections: art, archaeology and natural history. It has a collection of European paintings, Chinese and Japanese porcelain, ivory and jade artefacts. The museums natural history section to illustrate Indian wildlife including flamingoes, great hornbills, Indian bison and tigers. A Prints Gallery was launched with an exhibition entitled, Bombay to Mumbai – Door of the East with its face to the West on 29 January 2015. 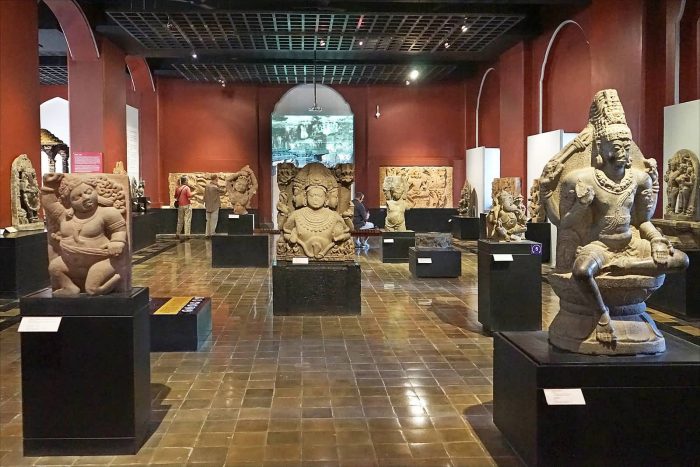 Jean-Pierre Dalbéra /CC BY 2.0 | The Gallery Of Sculptures

The Indian Museum is the largest and oldest museum in India and has rare collections of antiques, armour and ornaments, fossils, skeletons, mummies and Mughal paintings. It was founded by the Asiatic Society of Bengal in Kolkata (Calcutta) in 1814. The founder curator was Dr Nathaniel Wallich, a Danish botanist. It has six sections comprising thirty five galleries of cultural and scientific artifacts namely Art, Archaeology, Anthropology, Geology, Zoology and Economic Botany. It is one of oldest museums in the world.

This is an autonomous organization under Ministry of Culture, Government of India. The present Director of the Indian Museum is Dr. B. Venugopal. The museum was closed to the visitors due to massive restoration and upgrades from 1 September 2013 to 3 February 2014. It currently (2009) occupies a resplendent mansion and exhibits among others: an Egyptian mummy, the Buddhist stupa from Bharhut, the Buddha’s ashes, the Ashoka pillar, fossil skeletons of prehistoric animals, an art collection, rare antiques and a collection of meteorites. 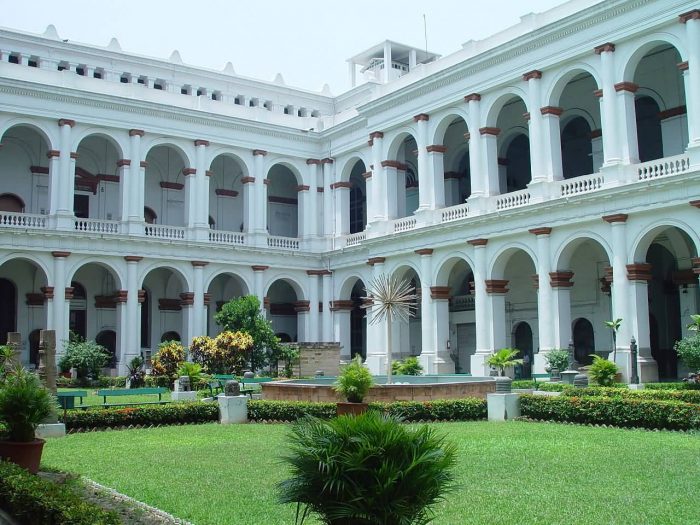 The National Museum in New Delhi is one of the largest museums in India. It established in 1949 and it holds variety of articles ranging from pre-historic era to modern works of art. It functions under the Ministry of Culture, Government of India. The museum is situated on the corner of Janpath and Maulana Azad Road. The Museum has around 200,000 works of art, both of Indian and foreign origin, covering over 5,000 years. It remains closed on Mondays. The National Museum building has 2 floors. It has a rotunda around which the structure is based. 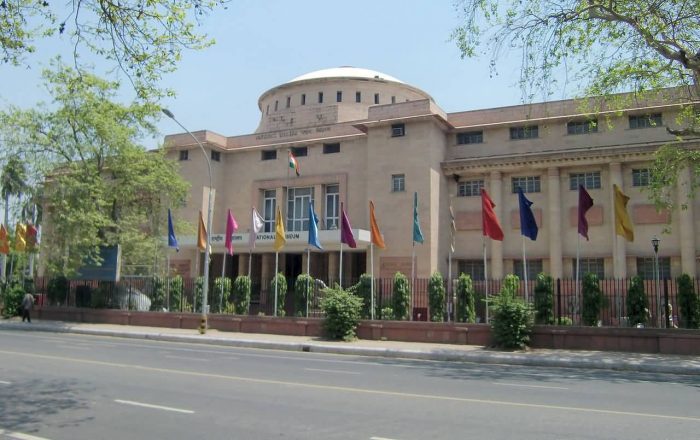 Patna Museum is the state museum of the Indian state of Bihar. Built in 1917 during the British Times to house the historical artefacts found in the vicinity of Patna, it is in the style of Mughal and Rajput architecture and is known locally as the Jadu Ghar. Items on display in the multipurpose museum include archaeological objects, coins, art objects, paintings, instruments, textiles, paintings, thankas, bronze images and sculptures and terra cotta images by Hindu and Buddhist artists.

It has a rare collection of British-period paintings depicting day-to-day life, as well as a fine collection related to the first President of India, Dr. Rajendra Prasad. It also houses a First World War cannon. The world-famous Didarganj Yakshi statue, discovered on a Ganges riverbank in 1917, is the museum’s most prized collection. Beginning November 2009, a project was started to build a replacement museum in Patna to enable the display of larger collections of up to 20,000 objects. 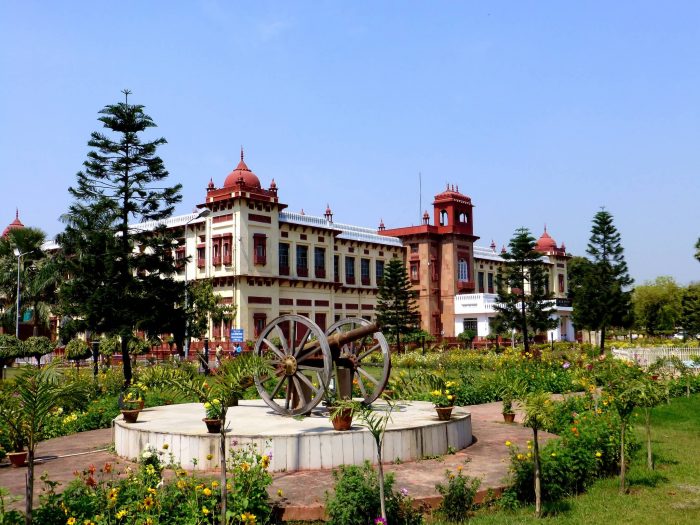 The National Handicrafts and Handlooms Museum (NHHM) commonly known as National Crafts Museum in New Delhi is one of the largest crafts museums in India. It is run by the Ministry of Textiles, Government of India. It was set up over a period of 30 years starting in the 1950s and 60s by the efforts of the renowned freedom fighter late Smt Kamaladevi Chattopadhyay. Today the museum holds over 35,000 rare and distinctive pieces reflecting the continuing tradition of Indian craftsmen through painting, embroidery, textiles, various crafts of clay, stone and wood, all housed in a building designed between 1975 and 1990 by architect Charles Correa.

Various galleries within the museum include the Tribal and Rural Craft Gallery, Gallery of Courtly Crafts, Textile Gallery, Gallery of Popular Culture etc. Some of its prized collection include, the 250-300-year-old. The Village Complex also has open walls along the corridors & passages which are used as the canvas to display the painted traditions of several tribes of folk artisans. New folk artists come in every month from different parts of the country to paint on the museum’s walls. 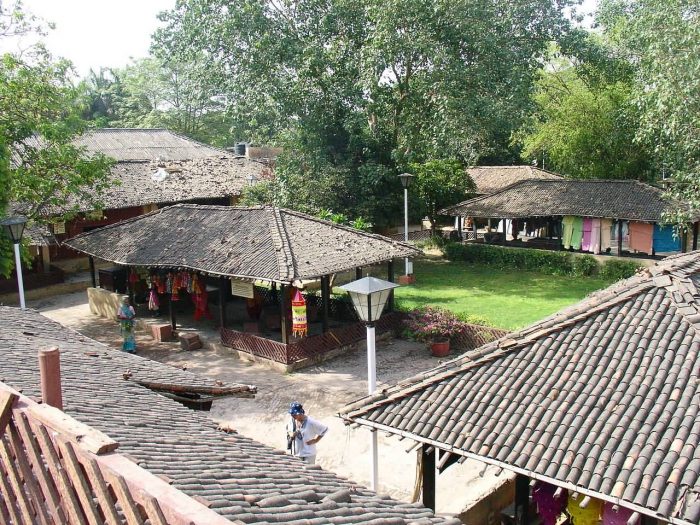 The Salar Jung Museum is an art museum located at Darushifa, on the southern bank of the Musi river in the city of Hyderabad, India. It is one of the three National Museums of India. It has a collection of sculptures, paintings, carvings, textiles, manuscripts, ceramics, metallic artefacts, carpets, clocks and furniture from Japan, China, Burma, Nepal, India, Persia, Egypt, Europe and North America. The museum’s collection was sourced from the property of the Salar Jung family.

The museum building in a semicircular shape with 38 galleries, spread on two floors, displays only a part of the original collections. The ground floor has 20 galleries and the first floor has 18 galleries. The exhibits on different subjects are displayed in separate galleries. Each gallery is huge and has many artefacts on display including ones dated back to the 4th century. Apart from the galleries, there is a reference Library, reading room, publication and education section, chemical conservation lab, sales counter, cafeteria etc. Guides are available at fixed timings free of charge. 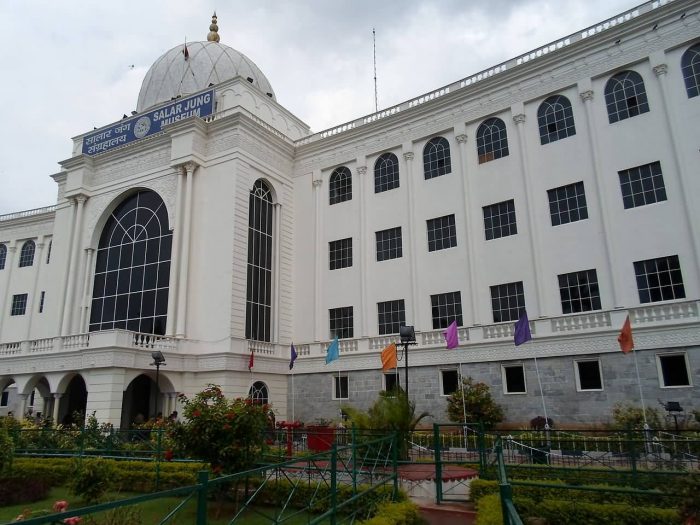