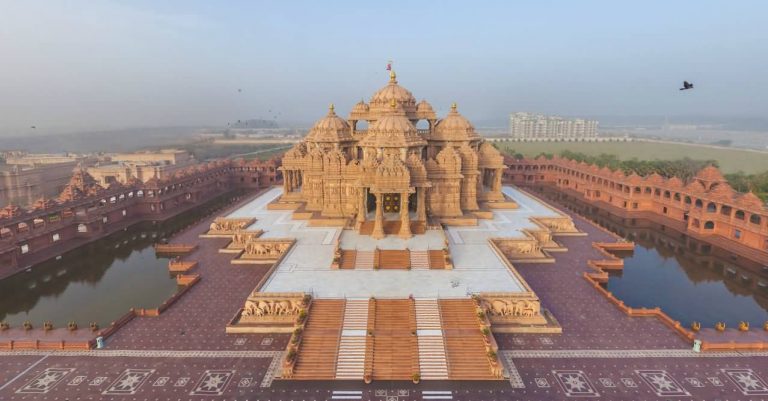 Akshardham is a Hindu temple complex in Delhi, India. Also referred to as Delhi Akshardham or Swaminarayan Akshardham. The Structure of complex is traditional Hindu and Indian culture i.e. spiritual and architectural. Approximately 70 percent of tourists attract who visit the Delhi. The temple was officially opened on 6 November 2005. In the temple, at the center of the complex was built according to the Vastu Shastra and Pancharatra Shastra. The temple is named after a belief in Swaminarayan Hinduism. 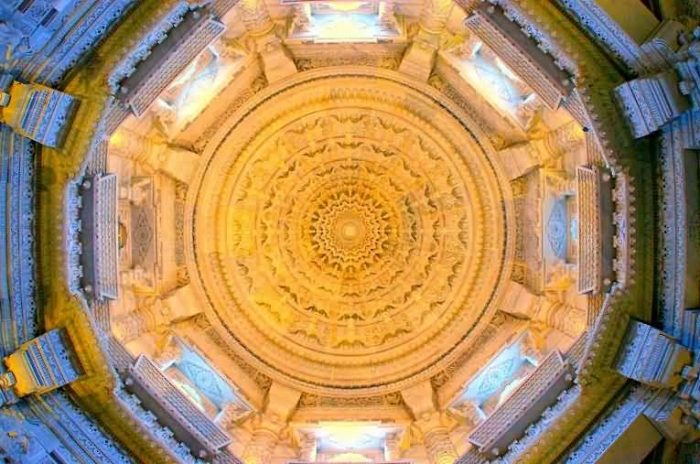 The height of the temple is 141-foot and width is 316-foot. It is covered top to bottom with carved details of flora, fauna, dancers, musicians and deities. It is constructed entirely from Rajasthani pink sandstone and Italian Carrara marble and has no support from steel or concrete. The monument also consists of 234 ornately carved pillars, nine domes and 20,000 murtis and statues of Hinduism’s sadhus, devotees and acharyas. 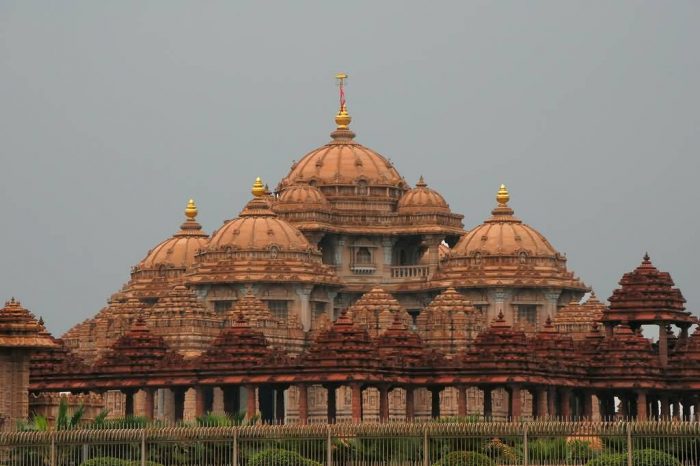 Also within the central monument lie the murtis of other Hindu deities including Sita Ram, Radha Krishna, Shiv Parvati and Lakshmi Narayan. A sunken garden, shaped like a lotus when viewed from above features large stones engraved with quotes from world luminaries ranging from Shakespeare and Martin Luther King to Swami Vivekananda and Swaminarayan. 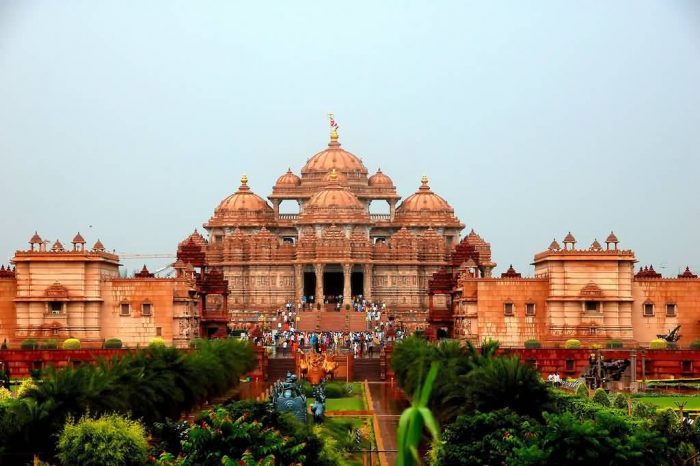