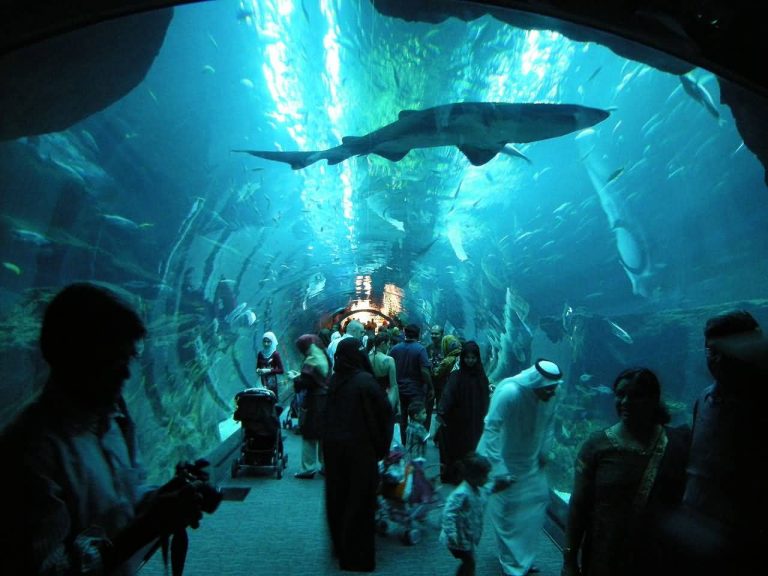 An aquarium is a vivarium of any size having at least one transparent side in which water-dwelling plants or animals are kept and displayed. Fishkeepers use aquaria to keep fish, invertebrates, amphibians, aquatic reptiles such as turtles, and aquatic plants. Below are some aquariums mentioned :-

Dubai Aquarium and Discovery Centre developed and operated by Oceanis Australia Group in Dubai Mall having one of the world’s largest Acrylic Panel. The size of the panel is 32.88 m wide × 8.3 m high × 750 mm thick and weighing 245,614 kg. 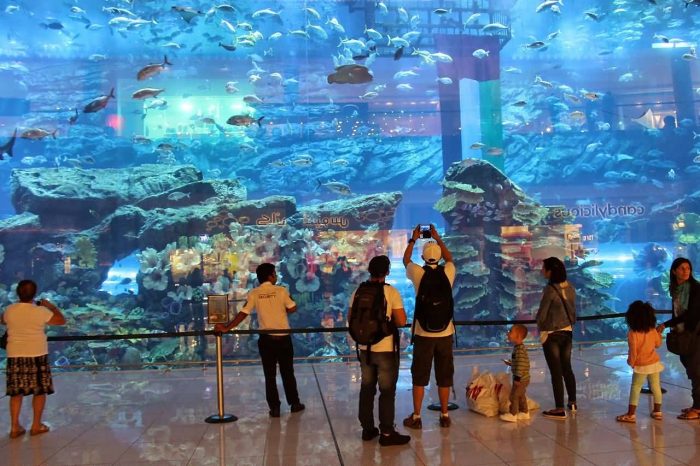 The centerpiece of the Aquarium is the Open Ocean tank. It has the world’s largest viewing panel, 36-metre wide and 8.3-metre tall which is intended to give visitors the feeling of being on the ocean floor. 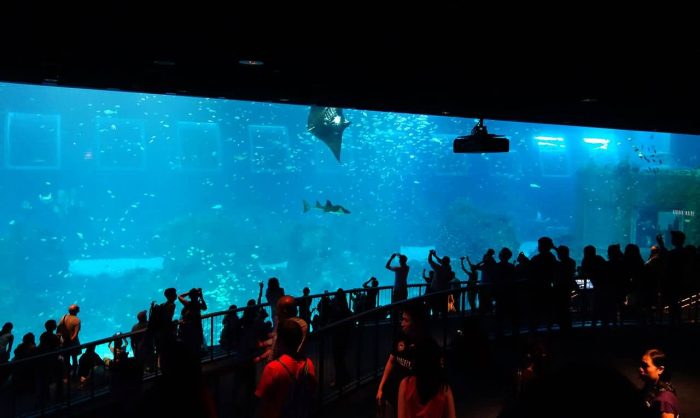 The Okinawa Churaumi Aquarium is located within the Ocean Expo Park in Okinawa, Japan. It was the largest aquarium in the world until it was surpassed by the Georgia Aquarium in 2005. The aquarium is made up of four floors with tanks containing deep sea creatures, sharks, coral and tropical fish.

The aquarium is set on 19,000 m² of land with a total of 77 tanks containing 10,000 m³ of water. Whale sharks and manta rays are kept alongside many other fish species in the main tank. The aquarium holds 80 species of coral. 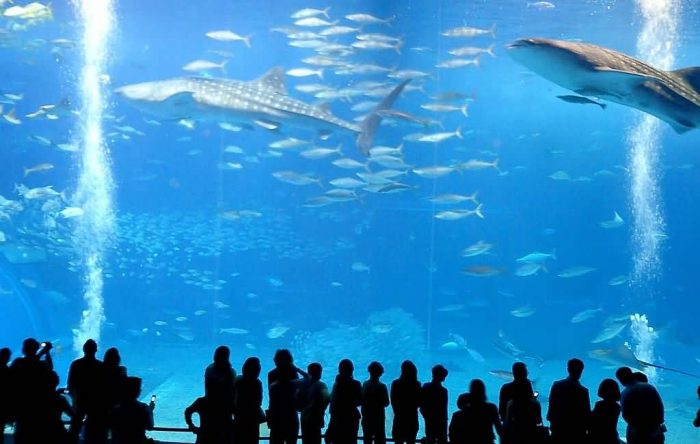 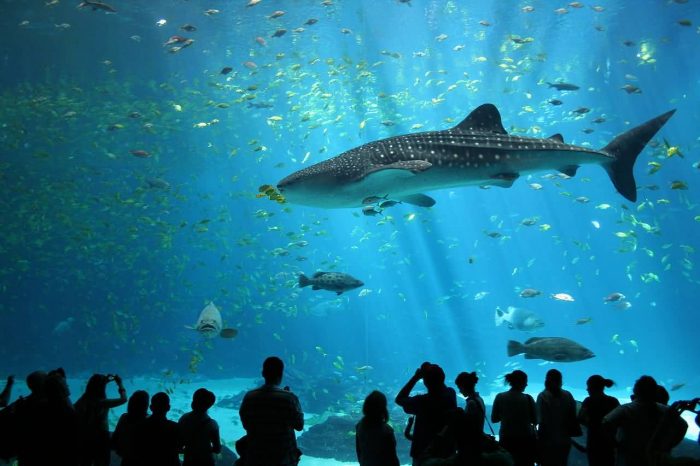 uShaka Sea World is the fifth largest aquarium in the world with 32 tanks totaling 17,500 cubic meters of water. The underground aquarium is designed around five shipwrecks with its entrance through the above ground “Phantom Ship” which contains several restaurants. 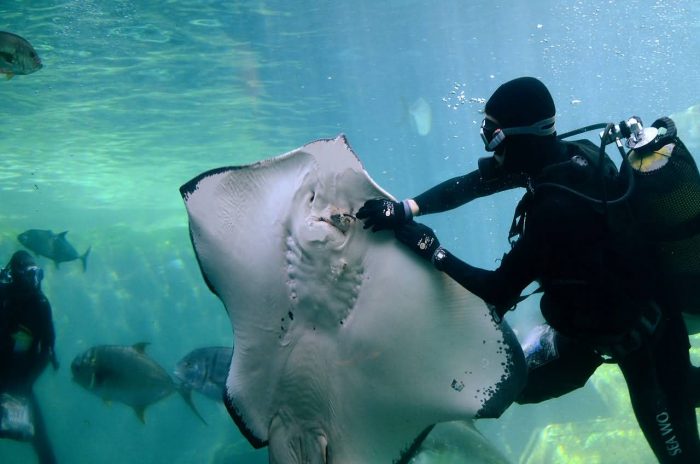