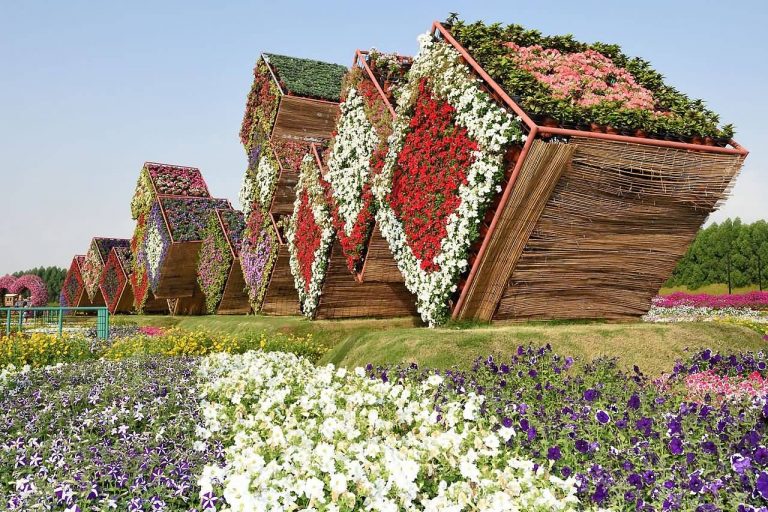 A garden is a planned space, usually outdoors, set aside for the display, cultivation, and enjoyment of plants and other forms of nature. The garden can incorporate both natural and man-made materials. The most common form today is known as a residential garden, but the term garden has traditionally been a more general one.  Below are some amazing gardens :-

Its features topiary-style displays with blooms fashioned into the shapes of hearts, stars, igloos, pyramids. One of the many of its attractions is a stupendous flower wall of 1 kilometer.

Keukenhof Garden is the world’s second largest flower garden following Dubai Miracle Garden. It is situated in Lisse, the Netherland.

Keukenhof Castle was built in 1641 and the estate grew to an area of over 200 hectares. As per the official website of the Keukenhof Park, approximately 7 million flower bulbs are planted annually in the park which covers an area of 32 hectares. The Keukenhof features a variety of different gardens and garden styles. 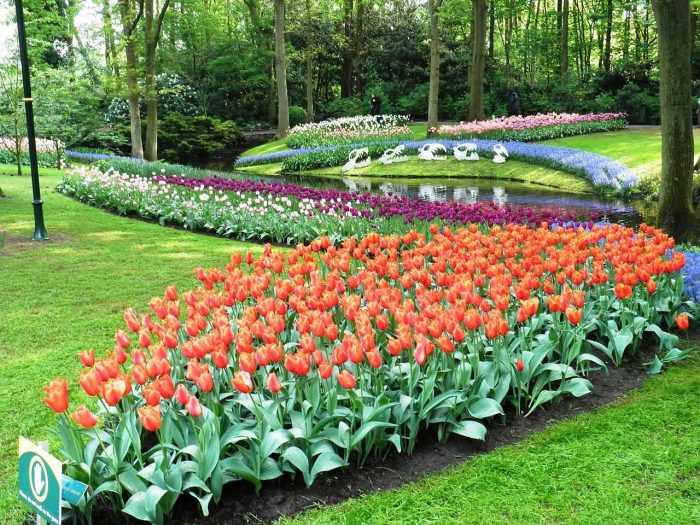 Nong Nooch is a botanical garden and spread across the area of 500 acre. It is a tourist attraction in Chonburi Province, Thailand. The garden opened to the public in 1980. The garden focus on Southeast Asian, Tropical American and Central Africa species of Cycads, but a collection of almost every species can also been seen here. 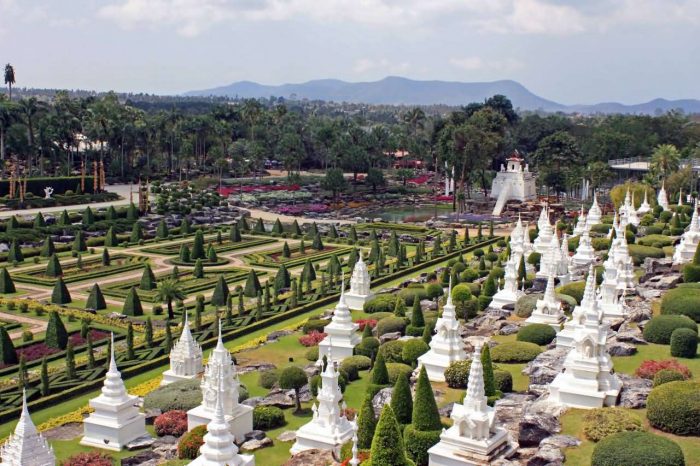 4. The Garden of Cosmic Speculation – Scotland

The Garden of Cosmic Speculation is a 30 acre sculpture garden created by landscape architect and theorist Charles Jencks at his home, Portrack House, near Dumfries in South West Scotland. This garden is private and open for public one day each year.

The garden is inspired by science and mathematics. The Cosmic Speculation garden is unique among gardens. The garden is not abundant with plants, but sets mathematical formulae and scientific phenomena in a setting which elegantly combines natural features and artificial symmetry and curves. 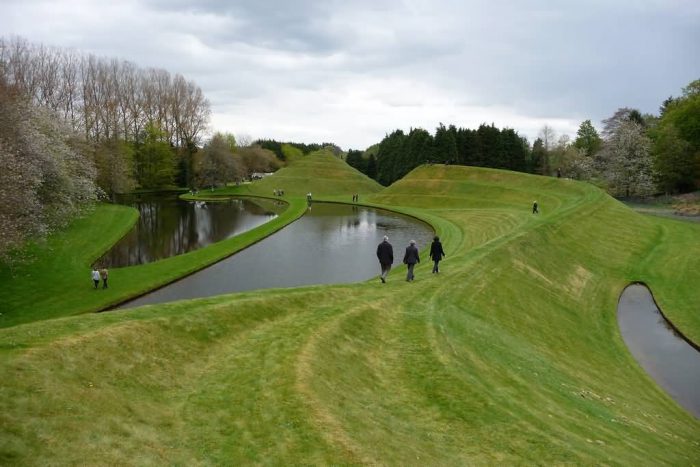 John Lord /CC BY 2.0 | The Garden Of Cosmic Speculation

The Jardim Botanical Garden of Curitiba in English. This is a park located in the city of Curitiba, Brazil. It is the major tourist attraction and landmark of the city. Curitiba’s trademark botanical garden was created in the style of French gardens.

Once by the portal of entry, one may see extensive gardens in the French style amidst fountains, waterfalls and lakes. It rolls out its carpet of flowers to the visitors right at the entrance. The park occupies 240.000 m² in area. 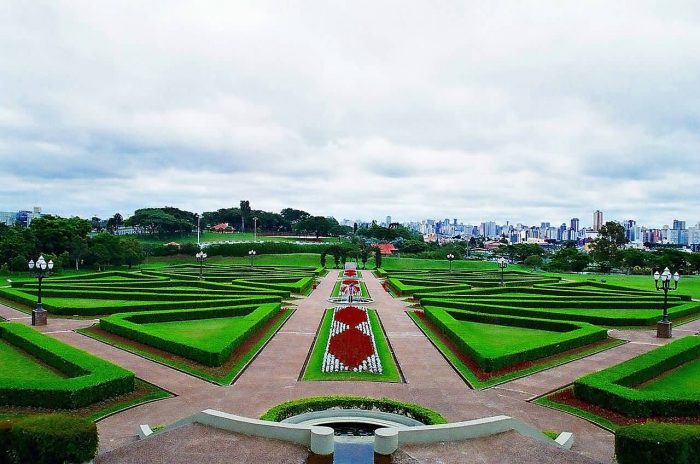