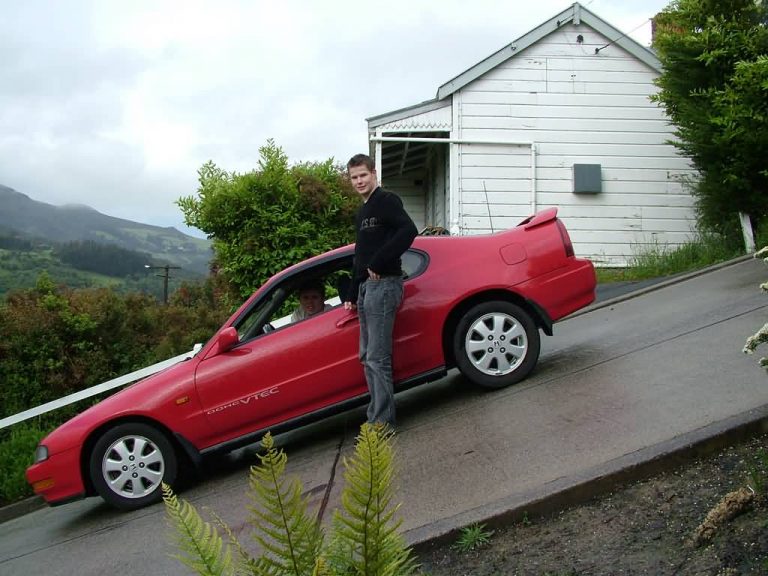 A road is a thoroughfare, route, or way on land between two places that has been paved or otherwise improved to allow travel by foot or some form of conveyance, including a motor vehicle, cart, bicycle, or horse.

Baldwin Street, in Dunedin, New Zealand, is considered the world’s steepest residential street. It is located in the residential suburb of North East Valley, 3.5 km northeast of Dunedin’s city centre. A short straight street a little under 350 metres  long, Baldwin Street runs east from the valley of the Lindsay Creek up the side of Signal Hill towards Opoho. 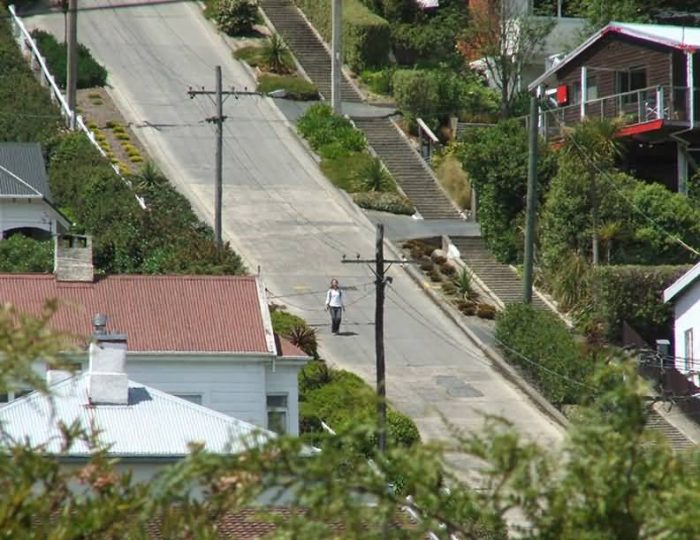 Lombard Street is an east–west street in San Francisco, California that is famous for a steep, one-block section with eight hairpin turns. Lombard Street is known for the one-way block on Russian Hill between Hyde and Leavenworth Streets, where eight sharp turns are said to make it the crookedest street in the world. The design, first suggested by property owner Carl Henry and built in 1922. 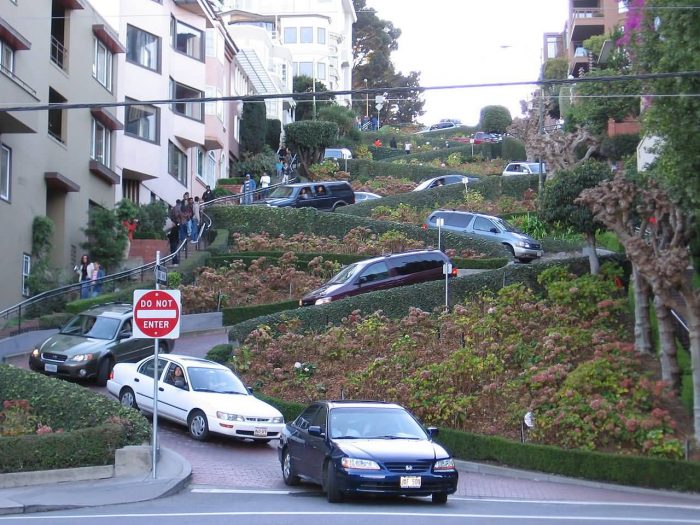 The town contains a roundabout called Magic Roundabout. This is not one roundabout but five, the central point of which is a contra-rotational hub at the junction of five roads: (clockwise from South) Drove Road, Fleming Way, County Road, Shrivenham Road and Queens Drive. It is built on the site of Swindon wharf on the abandoned Wilts & Berks Canal, near the County Ground. 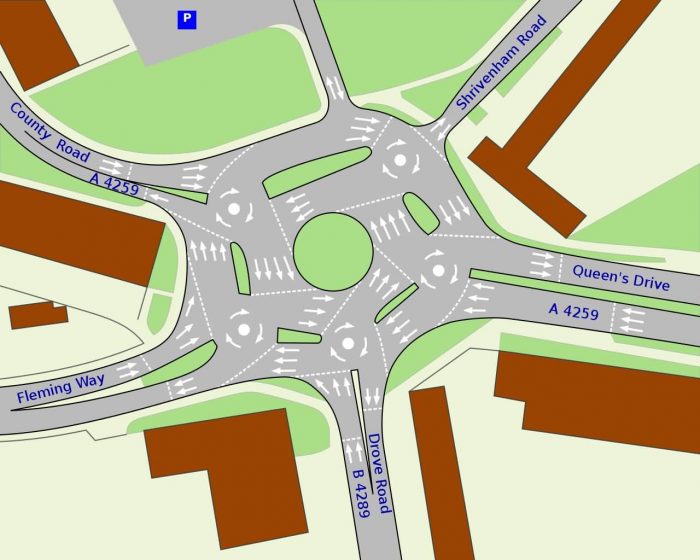