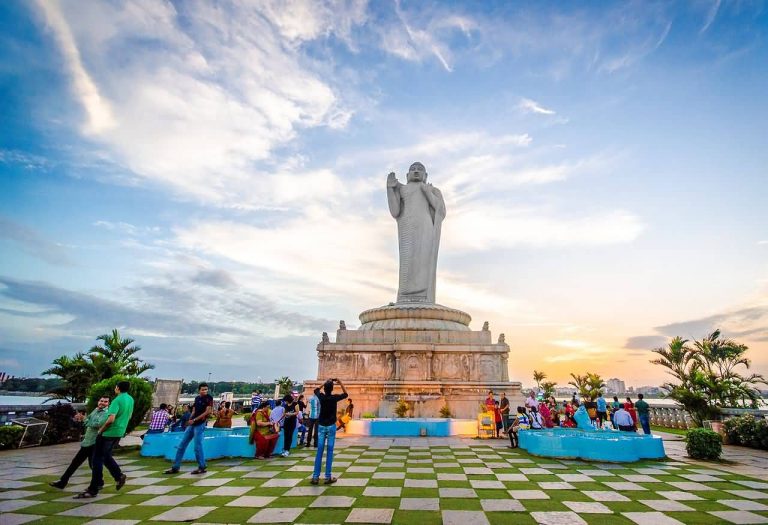 Hyderabad is the capital of the southern Indian state of Telangana and de jure capital of Andhra Pradesh. There are many beautiful places to see in Hyderabad and few of them are already listed below :-

Birla Mandir is a Hindu temple, built on a 280 feet high hillock called Naubath Pahad on a 13 acres plot. The construction took 10 years and was constructed in 1976 by Swami Ranganathananda of Ramakrishna Mission. The temple was constructed by Birla Foundation, which has also constructed several similar temples across India, all of which are known as Birla Mandir.

The temple manifests a blend of Dravidian, Rajasthani and Utkala architectures. It is constructed of 2000 tons of pure white marble. The granite idol of presiding deity Lord Venkateswara is about 11 ft tall and a carved lotus forms an umbrella on the top. The temple does not have traditional bells, as Swami Ranganathananda wished that the temple atmosphere should be conducive for meditation. 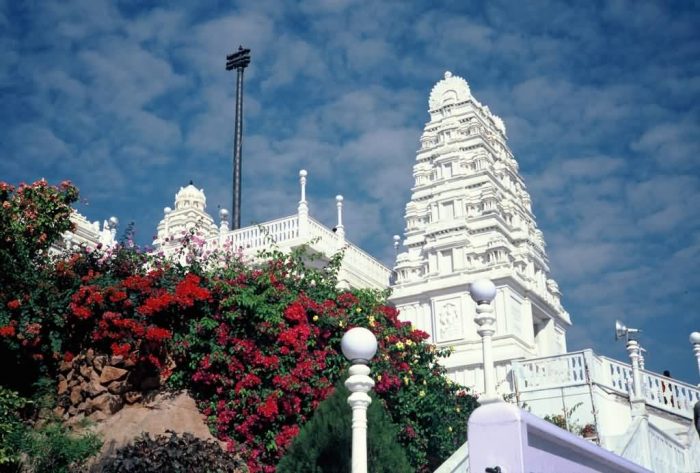 The Charminar is a monument and mosque located in Hyderabad, Telangana, India. The landmark has become a global icon of Hyderabad. The Charminar is a square structure with each side 20 meters long with four grand arches and each arches facing a fundamental point that open into four streets. The structure is made of granite, limestone, mortar and pulverised marble.

The area surrounding Charminar is also known by same name. The monument overlooks another and grand mosque called the Makkah Masjid. A thriving market exists around the Charminar: Laad Baazar is known for jewellery, especially exquisite bangles and the Pather Gatti is famous for pearls. 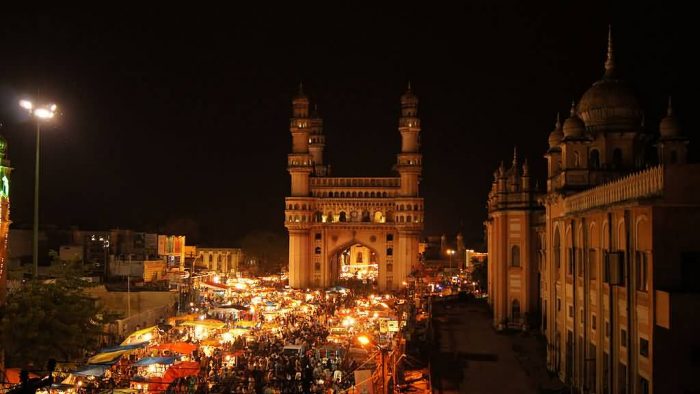 Hussain Sagar is a lake in Hyderabad and its built by Hazrat Hussain Shah Wali in 1562. It is spread across an area of 5.7 square kilometers and is fed by River Musi. A large monolithic statue of the Gautama Buddha, erected in 1992 stands in an island in the middle of the lake. Maximum depth of the lake is 32 feet. There are many attractions around the lake like Lumbini Park, Birla Mandir, Sanjeevaiah Park, NTR Gardens, Tomb of Saidani Maa Saheba, Prasad’s IMAXetc. 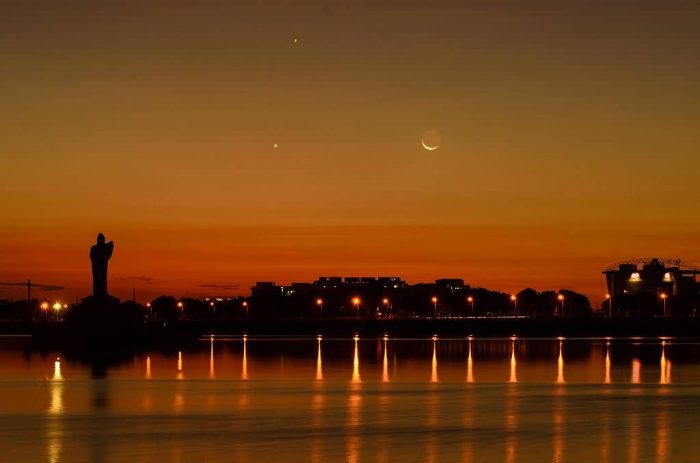 Golconda also known as Golkonda is situated 11 km west of Hyderabad, Telangana. The Golkonda Fort used to have a vault where once the famous Kohinoor and Hope diamonds were stored along with other diamonds. The Golconda fort was first built by Kakatiya as part of their western defenses. It was built in 945 CE-970 CE on the lines of the Kondapalli fort. The city and fortress are built on a granite hill that is 120 meters high. 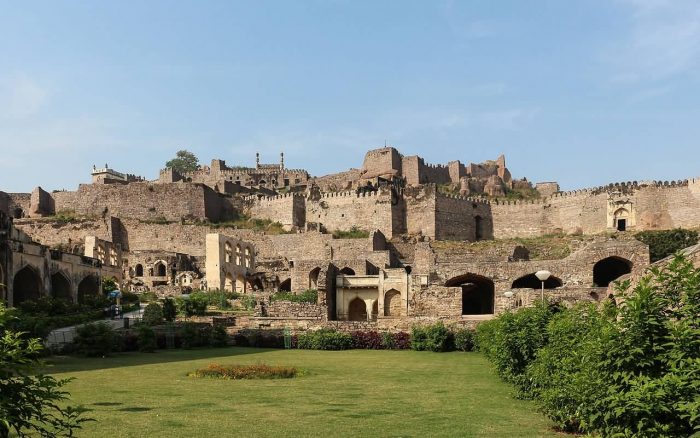 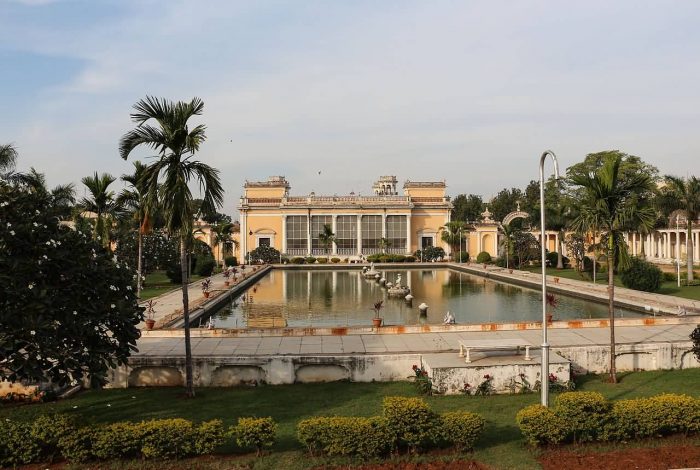