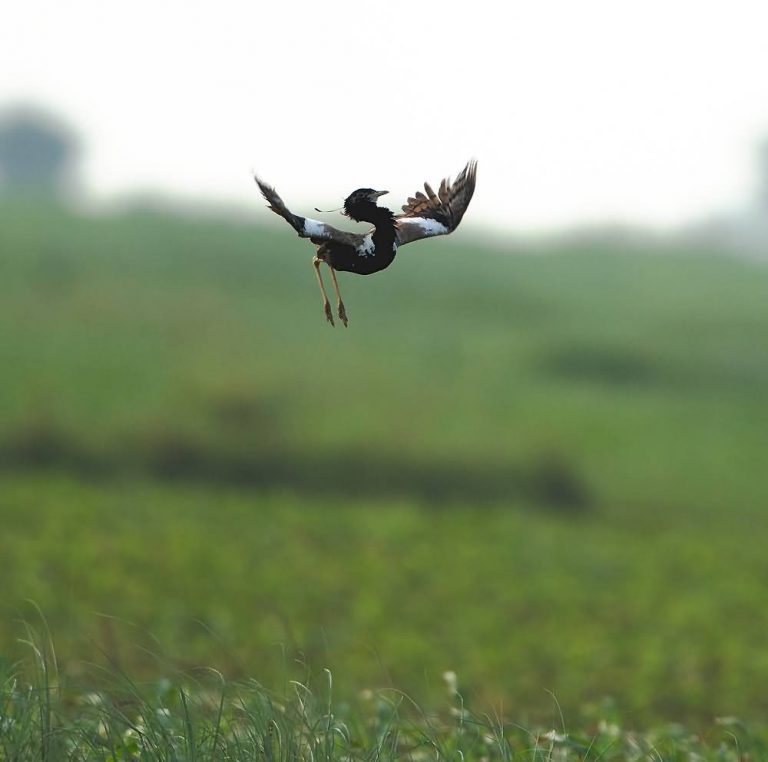 The lesser florican also known as the likh is a large bird in the bustard family and the only member of the genus Sypheotides. It is found in tall grasslands and is best known for the leaping breeding displays made by the males during the Monsoon season.

These bustards are found mainly in northwestern and central India during the summer but are found more widely distributed across India in winter. Lesser floricans feed on a wide variety like worms, centipedes, lizards, frogs and insects such as locusts, flying ants and hairy caterpillars. They are also known to feed on shoots and seeds, herbs and berries.