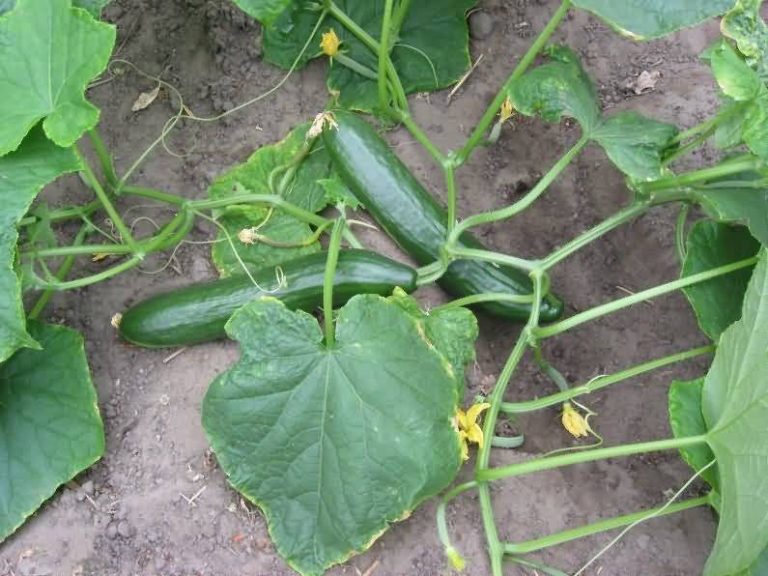 In everyday usage, a vegetable is any part of a plant that is consumed by humans as food as part of a savory meal. The term vegetable is somewhat arbitrary, and largely defined through culinary and cultural tradition. It normally excludes other food derived from plants such as fruits, nuts, and cereal grains, but includes seeds such as pulses. Few of them are given below :-

Cucumber is a widely cultivated plant. It is a creeping vine that bears cylindrical fruits that are used as culinary vegetables. There are three main varieties of cucumber: slicing, pickling and burpless. The cucumber is originally from Southern Asia but now grows on most continents.

Many different varieties are traded on the global market. Burpless cucumbers are sweeter and have a thinner skin than other varieties of cucumber and are reputed to be easy to digest and to have a pleasant taste. They can grow as long as 2 feet. They are nearly seedless and have a delicate skin. 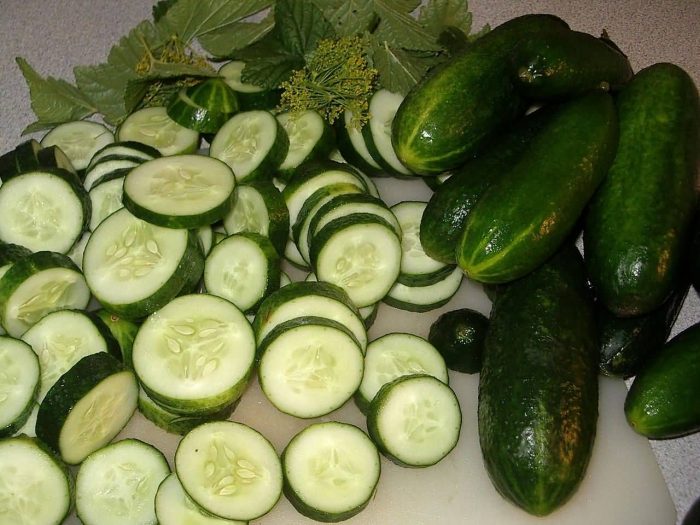 Eggplant is a species of nightshade grown for its edible fruit. It is known in South Asia, Southeast Asia and South Africa as brinjal. While “eggplant” is the common name in American, Canadian and Australian English. The eggplant is a delicate, tropical perennial often cultivated as a tender or half-hardy annual in temperate climates. It grows 40 to 150 cm tall. Different varieties of the plant produce fruit of different size, shape and color, though typically purple.

In tropical and subtropical climates, eggplant can be sown directly into the garden. Eggplant grown in temperate climates fares better when transplanted into the garden after all danger of frost is passed. Seeds are typically started eight to ten weeks prior to the anticipated frost-free date. Nutritionally, eggplant is low in fat, protein and carbohydrates. It also contains relatively low amounts of most important vitamins and minerals. 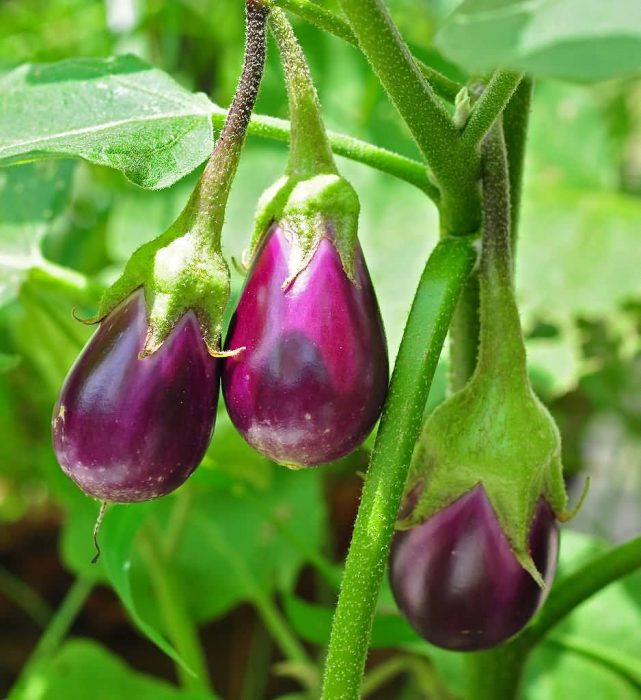 Watermelon is a vine-like flowering plant originally from southern Africa. It is a large, sprawling annual plant with coarse, hairy pinnately-lobed leaves and white to yellow flowers. It is grown for its edible fruit. Watermelons are tropical or subtropical plants and need temperatures higher than about 25 °C to thrive. On a garden scale, seeds are usually sown in pots under cover and transplanted into well-drained sandy loam with a pH of between 5.5 and 7 and medium nitrogen levels.

Aphids, fruit flies and root-knot nematodes attack this crop and if humidity levels are high, the plants are prone to plant diseases, such as powdery mildew and mosaic virus. The flesh of watermelon can be red, orange, yellow or white. A watermelon contains about 6% sugar and 91% water. As with many other fruits, it is a good source of vitamin C and is low in fat and sodium. 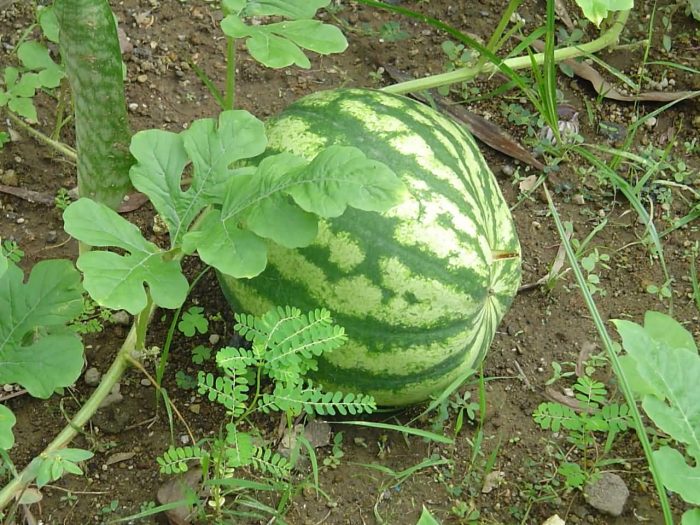 Zucchini or courgette is a summer squash which can reach nearly a meter in length but which is usually harvested at half that size or less. Zucchini can be dark or light green. Zucchini is one of the easiest vegetables to cultivate in temperate climates. As such, it has a reputation among home gardeners for overwhelming production. One good way to control overabundance is to harvest the flowers, which are an expensive delicacy in markets because of the difficulty in storing and transporting them.

Zucchini is low in calories and contains useful amounts of folate, potassium and vitamin A. Male and female flowers of zucchini can edible and are often used to dress a meal or to garnish the cooked fruit. A zucchini with the flowers attached is a sign of a truly fresh and immature fruit. Zucchini has a delicate flavor and requires little more than quick cooking with butter or olive oil with or without fresh herbs. 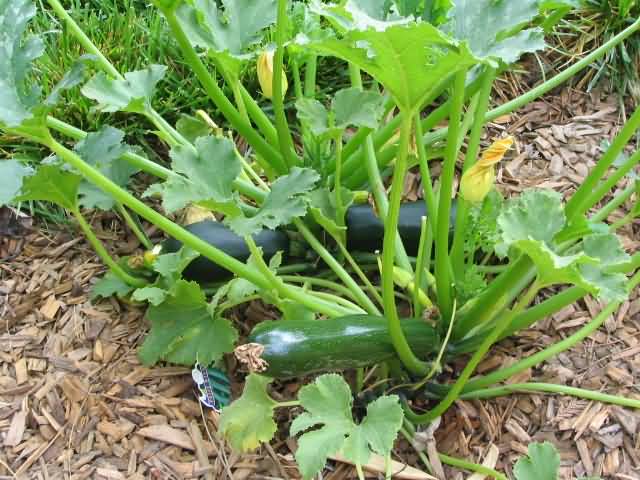 Coriander also known as cilantro, Chinese parsley or dhania. It is a soft plant growing to 50 cm tall. The coriander seeds are generally used as a spice or an added ingredient in other foods or recipes, although sometimes they are eaten alone. All parts of the plant are edible, but the fresh leaves and the dried seeds are the parts most traditionally used in cooking. We can cultivate the coriander in our own garden and use it whenever we need it for cooking. 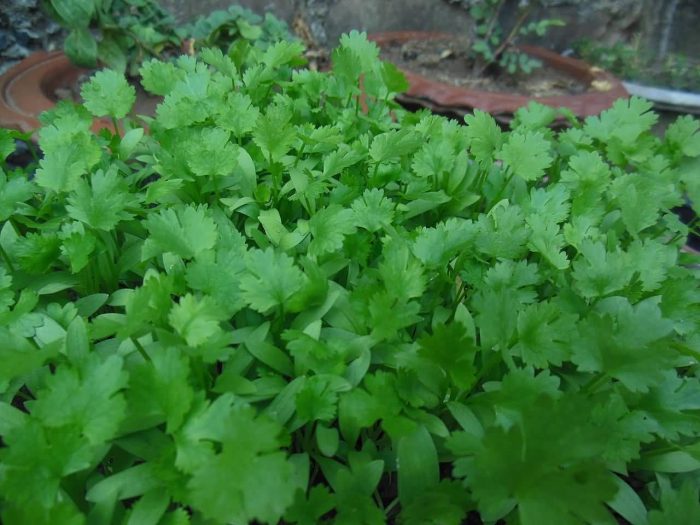 Mints have wide-spreading underground and overground stolons and erect, square, branched stems. All mints thrive near pools of water, lakes, rivers and cool moist spots in partial shade. Mint can also be grown in full sun. Mint grows all year round. To control mints in an open environment, they should be planted in deep, bottomless containers sunk in the ground or planted above ground in tubs and barrels.

The most common and popular mints for cultivation are peppermint, spearmint and apple mint. Mints are supposed to make good companion plants, repelling pesty insects and attracting beneficial ones. Harvesting of mint leaves can be done at any time. Fresh leaves should be used immediately or stored up to a few days in plastic bags in a refrigerator. 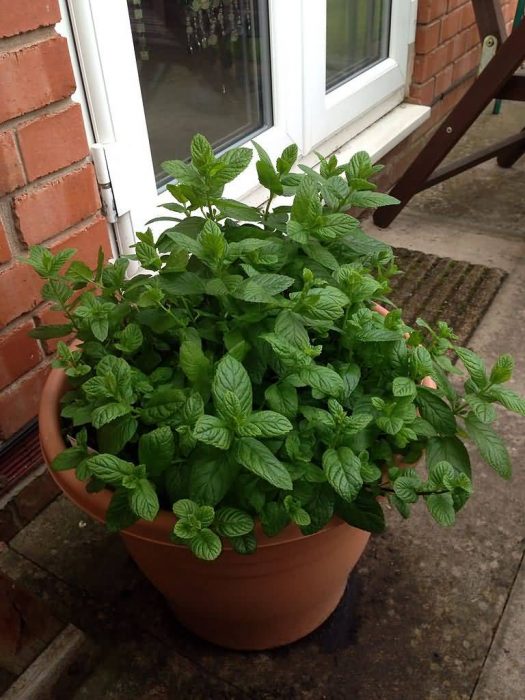 The snow pea is a legume, more specifically a variety of pea eaten whole in its pod while still unripe. The name mangetout can apply both to snow peas and to snap peas. Snow peas can be grown in open fields during cool seasons and can thus be cultivated during winter and spring seasons. The stems and leaves of the immature plant are used as a vegetable in Chinese cooking, stir-fried with garlic and sometimes combined with crab or other shellfish. 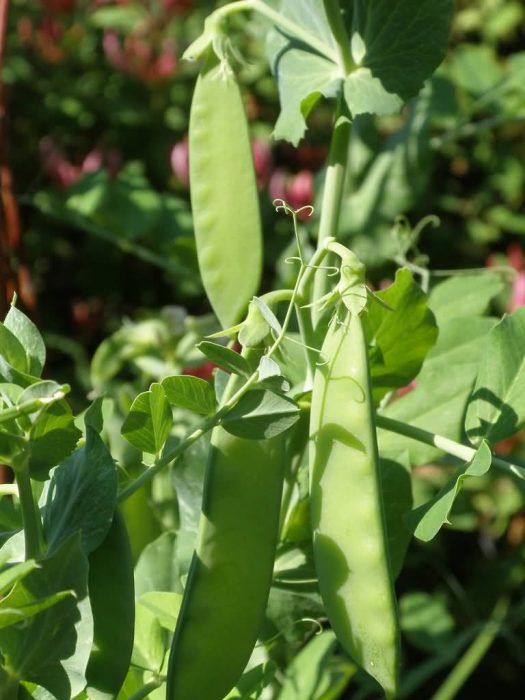