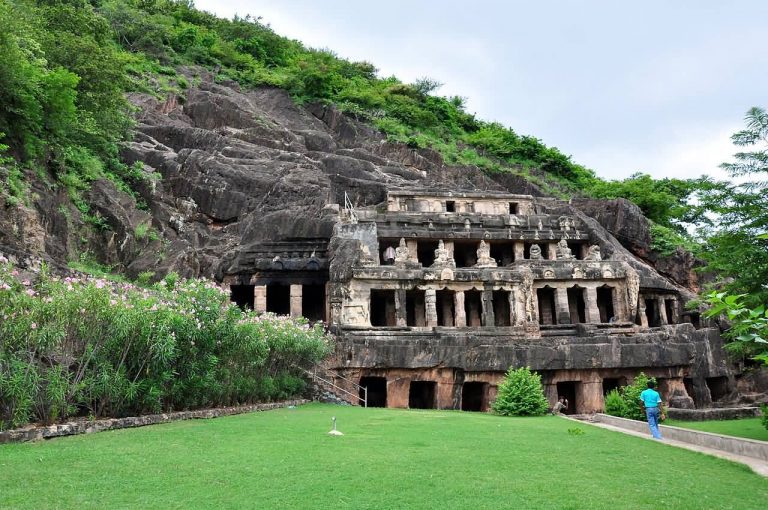 A cave is a hollow place in the ground, specifically a natural underground space large enough for a human to enter. Caves form naturally by the weathering of rock and often extend deep underground. Below are some of the famous caves.

The Undavalli Caves is a monolithic example of Indian rock-cut architecture and it is located in the village of Undavalli in the Guntur District and near the southern bank of the Krishna River in the state of Andhra Pradesh, India. The caves are located 6 km south west from Vijayawada and 22 km north east of Guntur City of Andhra Pradesh. These caves were carved out of solid sandstone on a hillside in the 4th to 5th centuries A.D. Undavalli caves are an example of how many Buddhist artifacts and stupas in Andhra were converted into Hindu temples and deities.

The Mogalarajapuram Caves are known for its five rock-cut sanctuaries that date back to around the 5th century. Located in city centre, these caves are now in ruins. The caves have religious significance due to the presence of the idols of Lord Nataraja and Lord Vinayaka in some of them. Besides the caves, the Mogalarajapuram Temple is also a prominent attraction. 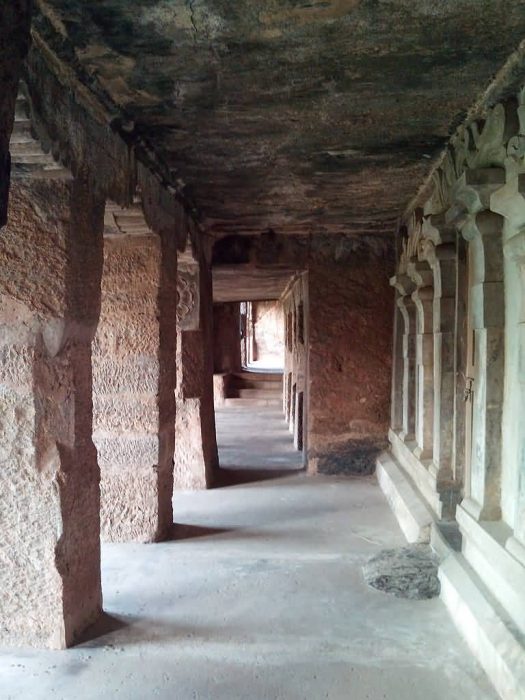 The island is easily accessible by ferry from Mumbai. Boats leave daily from the Gateway of India, taking about an hour each way. There is also a narrow-gauge toy train from the boat area on the dock to the base of the steps leading up to the caves. 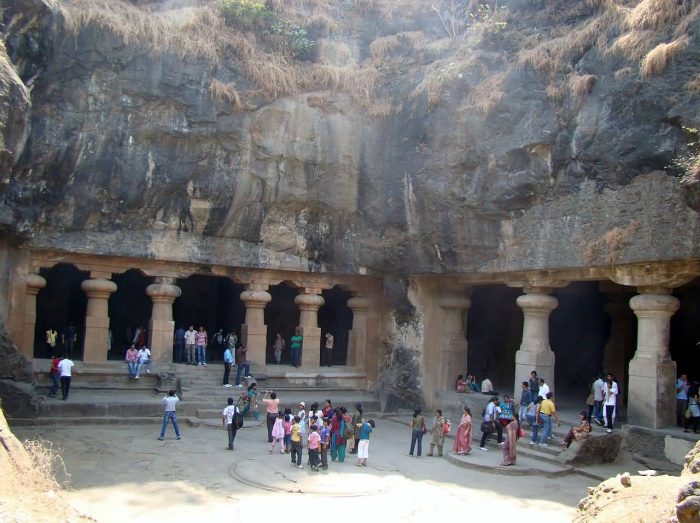 Udayagiri and Khandagiri Caves are partly natural and partly artificial caves of archaeological, historical and religious importance near the city of Bhubaneswar in Orissa, India.

The caves are situated on two adjacent hills Udayagiri and Khandagiri and it’s mentioned as Kumari Parvat. They have a number of finely and ornately carved caves. It is believed that most of these caves were carved out as residential blocks for Jain monks during the reign of King Kharavela. Udayagiri means “Sunrise Hill” and has 18 caves while Khandagiri has 15 caves. 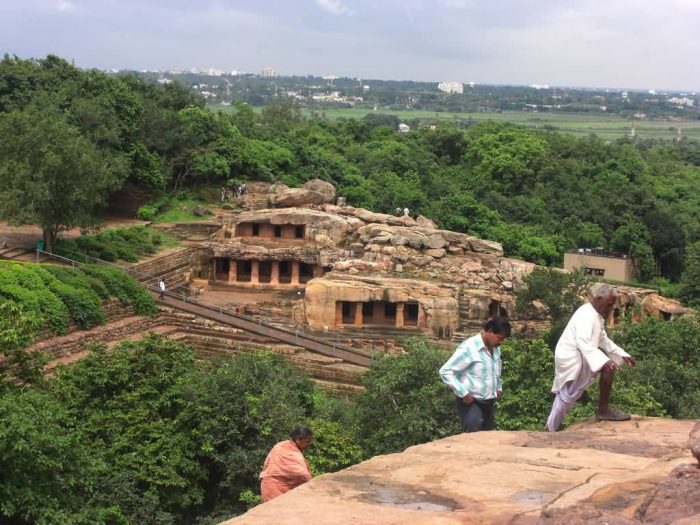 Badami formerly known as Vatapi, is a town and headquarters of a taluk by the same name, in the Bagalkot district of Karnataka, India. It is famous for rock cut and other structural temples. It is located in a ravine at the foot of a rugged, red sandstone outcrop that surrounds Agastya lake. Badami is famous for its sandstone cave temples. A Buddhist cave in a natural setting that can be entered only by crawling on knees. Badami’s red sand stone cliffs are popular amongst local and international climbers. This is great location for free sport climbing and bouldering. 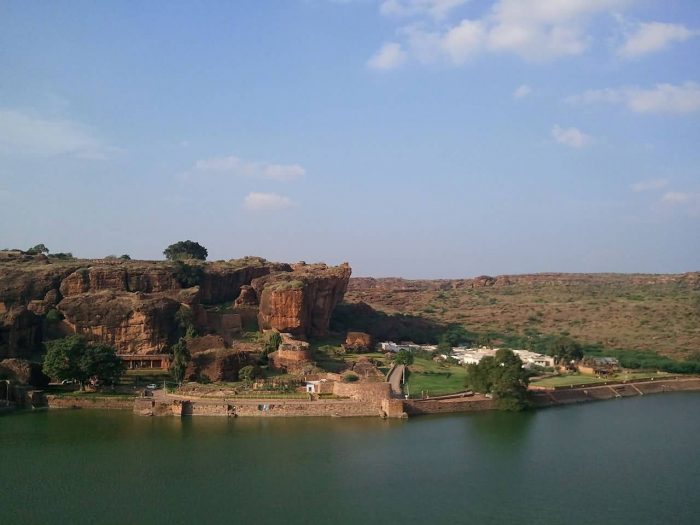 The Ajanta Caves in Aurangabad district of Maharashtra, India are about 30 rock-cut Buddhist cave monuments. The caves include paintings and sculptures described by the government Archaeological Survey of India as “the finest surviving examples of Indian art, particularly painting”.

The Ajanta caves are cut into the side of a cliff that is on the south side of a U-shaped gorge on the small river Waghur. Well known for its monumental caves, Ellora is a World Heritage Site. Ellora represents the epitome of Indian rock-cut architecture. The 34 “caves” are actually structures excavated out of the vertical face of the Charanandri hills. Ellora is known for Hindu, Buddhist and Jain cave temples. 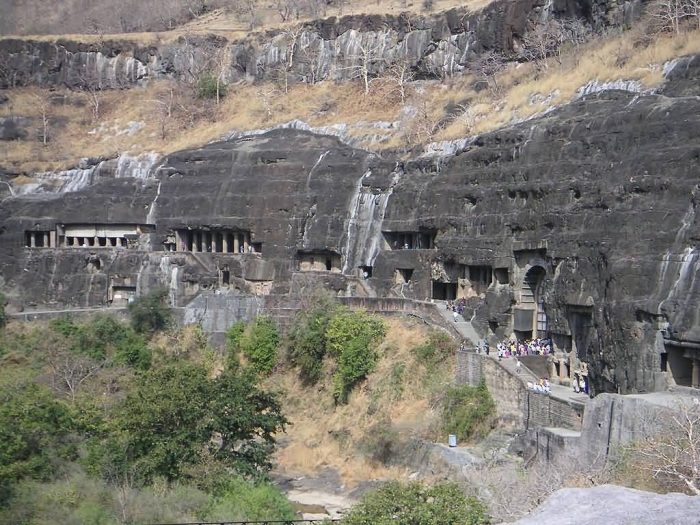