A national park is a park in use for conservation purposes.  It is a reserve of natural, semi-natural, or developed land that a sovereign state declares or owns. Nowadays the conservation of natural resources are getting less. Below are the list of beautiful National Parks in the world.

The Lake District, also known as the Lakes or Lakeland, is a mountainous region in North-West England. A popular holiday destination, it is famous for its lakes, forests and mountains.

Denali National Park and Preserve is a national park and preserve located in Interior Alaska, centered on Denali, the highest mountain in North America. 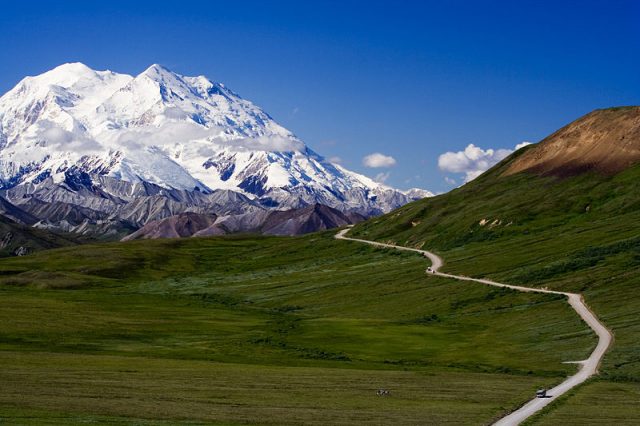 The Maasai Mara National Reserve (also known as Masai Mara and by the locals as The Mara) is a large game reserve in Narok County, Kenya; contiguous with the Serengeti National Park in Mara Region, Tanzania. Jasper National Park is the largest national park in the Canadian Rockies. It is located in the province of Alberta, north of Banff National Park and west of Edmonton. The park includes the glaciers of the Columbia Icefield, hot springs, lakes, waterfalls and mountains. Glacier National Park is a national park located in the U.S. state of Montana, on the Canada–United States border with the Canadian provinces of Alberta and British Columbia. Sangla is a city in the Baspa Valley, also referred to as the Sangla valley, in the Kinnaur District of Himachal Pradesh, India, close to the Tibetan border. Sangla Valley or the Baspa Valley starts at Karcham and ends at Chitkul. Cotopaxi National Park is a protected area in Ecuador situated in the Cotopaxi Province, Napo Province and Pichincha Province. The Cotopaxi volcano (supposedly meaning smooth neck of the moon) that lends its name to the park is located within its boundaries.